Fight back against cyber attack 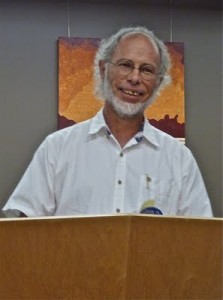 Not long after mailing off the Spring, 2016 issue of The New Orphic Review, I was cyber-attacked by a Nonentity who used encryption-ware to freeze my files and then demanded I pay a ransom to get them back. The Nonentity informed me that the longer I took to respond to the ransom demand the more dearly I would have to pay.

From what I could ascertain, the Nonentity had managed to commandeer one of the WebPages I had uploaded to the Telus file-manager site. I had corresponding WebPages stored in a file on my computer, for when I had to update them, and that allowed the Nonentity to worm his way into my computer, because a communication bridge had been established.

Obviously the Nonentity didn’t know anything about the guy he was attempting to shake down. New Orphic Publishers and its subsidiary, The New Orphic Review, operate on a shoe-string budget. Most of my files were backed up, except for a book I was starting to write, and I wasn’t about to let the Nonentity relieve me of several thousand dollars in bitcoin in order to get them back. None of my books are worth that much money, sad to say.

Unlike the University of Calgary, an institution that was similarly attacked, I don’t believe in rewarding criminals who might very well use their ill-gotten gains to support international thuggery. I took my computer down to the local repair shop on Baker Street in Nelson, only to be told the next day that nothing could be done. According to the guy at the front counter, “The ran-som-ware comes from too far up on the food chain for us to do anything.” I decided to purchase a refurbished computer of slightly more recent vintage, downloaded the programs I normally use and tried to get back to work, only to discover I was now being harassed by ad-ware.

By this time, I had expunged all of the WebPages I had uploaded to the Telus file-manager site, but one WebPage refused to disappear, namely, the commandeered page about me, the author. In the end I had to consult Telus Tech Support Plus. Support Plus commandeered my computer and proceeded to expunge the viruses that had infected the web browsers I am in the habit of employing, although the browsers were supposed to be brand new to my updated system.

That wasn’t the end of my difficulties. The publishing programs I had been using for nearly ten years were no longer honored by Adobe. One must now rent such programs. I tried Gimp and Scribus, both free-ware programs. While Gimp worked well as a Photoshop replace-ment, Scribus was a major headache compared to Pagemaker.

By this point in the story, I had spent two and a half months attempting to recover from the cyber-attack. I was so frustrated I emailed the contributors to the Fall, 2016 issue of the NOR that I would be discontinuing the magazine, and why.

Fortunately, this isn’t the end of the story. Two weeks ago, Tom Wayman and Verna Relkoff of the Elephant Mountain Literary Festival told me they would like to hold an event that deals with cyber-attacks.

Scheduled for August 26, it will be a benefit held in hopes of raising the sunken literary vessel that is The New Orphic Review. It will be held at 7:30 in Room 310 of Selkirk College’s Kootenay Studio Arts building, 606 Victoria Street, Nelson, B.C.

[Ernest Hekkanen will give away books he has written with every $20 donation. Cheques written to Ernest Hekkanen can be mailed to New Orphic Review c/o  706 Mill Street, Nelson, B.C. V1L 4S5]

One Response to “Fight back against cyber attack”