Come on up for the Rising 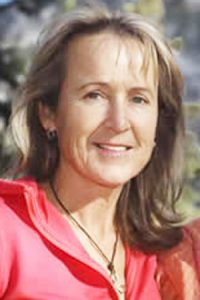 Sharon Wood’s forthcoming memoir of mountaineering, Rising, due in 2019, will double as a meditation on sustaining passion and purpose.

As documened in her first book co-written with Pat Morrow, Everest (Bungalo Books 2012), Wood and the rest of her Canadian team successfully made the ascent of the West Ridge of Everest in 1986, but it’s how she got there that is the compelling story in Rising.

Wood is not only the first North American woman to climb Mount Everest; she is also the first woman in the world to climb it by the difficult West Ridge, via a new route from Tibet, and without Sherpa support.

Often the only woman on excursions and on the outskirts of the male pack, Wood was painfully aware of what she was accomplishing for both herself and for female climbers everywhere. Against the backdrop of stunning Himalayan mountains, Wood explores the camaraderie and rivalry to be found among the few other female climbers, the relatable challenges of falling in and out of love, and the unfortunate reality of gender discrimination, all the while never losing that drive to keep going.

Her perspective is steeped in six decades of experience, rich with adrenalin, change, reflection and humility. The reader accompanies her when she is entrenched in the snow atop the summit of Peruvian mountain Cerro Tocllaraju and looking down at the avalanche hazard she has just disturbed. Wood wonders how she’ll make it back to base camp alive.

Sharon Wood is the owner of her own speaking and mountain guiding business, Adventure Dynamics. Rising is her first full-length memoir. Wood can now be found in Canmore, Alberta, writing, public speaking and, of course, climbing mountains.

The memoir will be published in Fall 2019 by Douglas & McIntyre in Canada and Mountaineers Books in the United States. (US rights sale arranged by Bill Hanna of Acacia House.)

Sharon Wood is the first woman to become an ACMG Alpine guide in Canada. In Argentina she climbed the notorious 2700 m French route on the South Face of Aconcagua (6,962m/22,841 ft) alpine style, and she persevered through a multi-day alpine style climb of the Ancash Face of Huascaran Sur (6768 m/22,205 ft) in Peru despite having a broken shoulder bone. She reached 8000 m on an attempt with fellow Canadians Dwayne Congdon and Albi Sole on the difficult West Ridge of Makalu (8,463 m/27,766 ft) in Nepal.