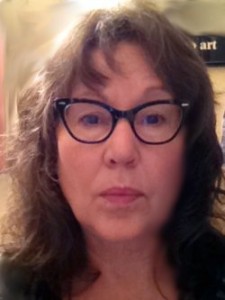 Laurel Mae Hislop’s debut, self-published collection of short stories, Chitchat (Manna Mark $9) is set in the fictional town of Chat, population 170, in British Columbia, circa 1986. We first view the town through the eyes of the narrator, sitting in her car on Main Street, as a smartly-dressed young woman from Toronto, coming to visit her mother, steps off a Greyhound bus. Her sophisticated look makes her seem like an alien. Chat is a cultural backwater with numerous endearing, kooky, strange and frequently delightful characters. There is a Viet Nam draft evader, a religious nut, a sex-starved woman named Paisley, a hippie named Thomas, village matriarchs, a night of strip poker, a pregnant woman on snowshoes helped by Mad Nick, wife abuse, addiction, wayward pigs… and a pet skunk named Banquet. All the quirky characters share the bond of their tiny town constraints. One of the stories, “Butterfly” was shortlisted for the Surrey International Writing Contest Storyteller Award. Chitchat was written over a period of eight to ten years, on and off. Hislop has lived in numerous cities and towns in Western Canada. “In urban surroundings,” she says, “you tend to associate with people roughly the same age as you who share similar characteristics and interests. In backwood rural places, that’s usually not the case. You hook up with all sorts of interesting and eclectic individuals. Often they have fascinating things going on in their lives. For Chitchat, I invented characters and incorporated some of the stories I’d heard or experienced. The tales are all highly embellished, of course, and the town is fictitious. Hislop has taken writing courses from Bill Gaston and Gail Anderson Dargatz. “Like so many writers, I have the ten-year opus novel sitting in the bottom drawer of my desk,” she says. Born in Saskatchewan in 1953, Hislop lives in Vancouver.