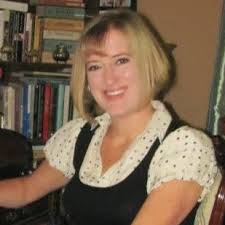 P.C. Vandall lives on Gabriola Island with her husband and two children. Her work has appeared in Gargoyle, Carousel, FreeFall, Quill’s, Midnight Diner, The Compressed Journal of Creative Arts and others. Her poetry titles are Something from Nothing (Writing Knights Press) Woodwinds (Lipstick Press) and Matrimonial Cake (Red Dashboard). The latter is described as a collection of stories of lovers emptying themselves. “It’s a landscape of incurable desire with its rage and exhaustion.” According to promotional materials for Matrimonial Cake, “This collection is full of primal poems in which the man is the hunter/gatherer, and the woman, she who guts the fish and plucks the geese for dinner.” In ‘A Bird in the Hand,’ she writes, “Forgive me. I did not mean/to take you away./I thought your hand/on my crotch/might bring you back/I wanted/to be a sparrow/in your hand/to unfold wings/and beat against you.” As a member of the Gabriola Poetry Society, Pamela Clarke Vandall has been featured at the Open Mic events at the Old Crow Cafe on Gabriola.