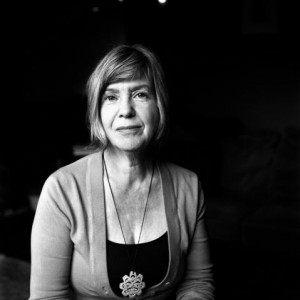 Pam Galloway’s memoir in poetry, Passing Strangers (Innana $18.95) recalls the complexities of a long marriage and motherhood, leading to pregnancy and eventually divorce after a 30-year marriage fails. Much of Galloway’s previous poetry has been a response to various landscapes, honouring the planet which supports and nourishes life, physically and emotionally. The poems in Passing Stranger for the most part leave that exterior gaze and go inward as Galloway writes frankly about her desire for children through numerous miscarriages. This pattern of expectation and loss is ultimately broken with the arrival of two babies.

“Thankfully, more women writers, at least in the Western world, are finding their voices and are no longer silenced around the subjects that inform their existence,” says Galloway. “The poems in this book were written in response to the obsession which overtook me as I longed for a child. They are written for all women who are struggling or have struggled with the most intimate and passionate of life experiences, becoming a mother. It is a topic which has long been overlooked as perhaps not being ‘serious’ or ‘erudite’ enough for poetry.

“Divorce may well be another one. Yet more and more women in middle age and beyond are realizing their capacity for independence. They are finding strength in their ability to walk away from marriages which at best have grown cold and un-nourishing and at worst, neglectful and abusive.”

Galloway is a Vancouver poet with an MFA in Creative Writing from UBC. In 1998 she contributed to Quintet: Themes and Variations (Ekstasis). It was followed by her own book, Parallel Lines (Ekstasis, 2006), a memoir that explores the immigrant experience connecting 21st century coastal British Columbia with 19th century industrial England. Galloway is a speech and language therapist for children. She has also written as a medical reporter. Pam Galloway’s poetry and non-fiction have been published in The Antigonish Review, The New Quarterly, Contemporary Verse 2, Grain, Descant, Dandelion, Event, The New Orphic Review, Room of One’s Own and twice on the website of the Canadian Parliamentary Poet Laureate.

as acceleration and the wind’s

the water waits to swallow me.

But, when I land, water is earth

grass springs at my feet

(from ‘Learn to let go’, from Passing Stranger)