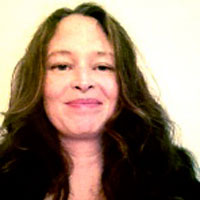 The travails and rewards of caregiving is the theme for a combined reading by three readers at the Vancouver Public Library on March 25, at 7:30 pm., as part of the Writer’s Festival’s INCITE series.

For better or for worse. That’s the bargain we make with fate when we decide to marry. As someone who had obtained a Master of Fine Arts in Creative Writing from UBC while her spouse had supported her by working full-time at constructive jobs, Kara Stanley accepted the ground rules and then wrote about what happened after her husband, Simon, an aspiring musician, fell and injured the back left side of head. When she first heard the news of Simon’s predicament, she packed a copy of Joan Didion’s The Year of Magicial Thinking into her duffel bag as she hurriedly left their home on the Sunshine Coast to visit him at the Vancouver General Hospital. Stanley had been reading it already due to her mother’s diagnosis of breast and lymphatic cancer. (Didion writes about the year following her husband’s sudden death and her daughter’s near-death experience that followed.) Now Kara Stanley’s Fallen: A Trauma, A Marriage and the Transformative Power of Music (Greystone $19.95) is being compared to Didion’s celebrated memoir. Fallen is special because it incorporates the extent to which music can be a transformative force when coping with a catastrophic brain and spinal cord injury. We follow the slow rehabilitation process and Simon’s battle to return to work as a professional musician. For worse and for better. 978-1-77164-102-9 Nothing prepared Catherine J. Borrie for living with her mother and attending to her mother’s onset of Alzheimer’s disease, even though Borrie had trained as a nurse in Vancouver and holds a Master of Public Health from Johns Hopkins University. Borrie is a highly capable person, someone who also graduated from the University of Saskatchewan with a degree in law and has a Certificate in Creative Writing from the SFU Writer’s Studio. She eventually realized the best way to cope and to care was not to lead, but to follow. As she learned to accept the radical changes in her mother Jo’s personality and behavior, and even savour the intimacy that their shared journey afforded, Borrie began tape recording their conversations. She has incorporated some of their “wondrously poetic” dialogues for The Long Hello: Memory, My Mother and Me (Simon & Schuster $29.99), an encouraging memoir about dementia that will also serve as the basis for a stage play that Borrie is developing in conjunction with playwright James Fagan Tait. Catherine Joan Borrie previously published The Long Hello: The Other Side of Alzheimer’s (Nightwing Press 2010). 9781476792514

In Lynette Loeppky’s firs book, Cease, she recounts how she was preparing to leave her partner Cecile until Cecile became seriously ill and she was obliged to become Cecile’s sole care-giver.