Bud Osborn was heroic for DTES 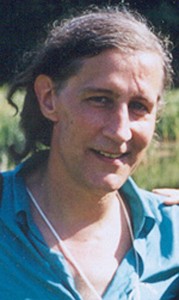 Vancouver poet and Downtown Eastside activist Bud Osborn, the unofficial archivist of Canada’s poorest neighbourhood and its most eloquent and forceful author and spokesman, has died on May 6, 2014, at age 66, after recently being diagnosed with pneumonia. He was hospitalized for five weeks, came home for one day, then had chest pains and shortness of breath. He collapsed and was rushed to emergency, but died, according to Ann Livingston, a former partner and co-founder of VANDU (Vancouver Area Network of Drug Users). Tweeted tributes began early on May 7, 2014 when the news first aired on CBC Radio. Osborn’s poetry worked in tandem with his activism for people living on the street and poverty issues. “His words captured the raw horror of being abandoned, poor, cold and lonely,” says Livingston. His first publisher, Brian Kaufman of Anvil Press, recalls: “In 1994, Bud delivered his typewritten manuscript, Lonesome Monsters, to the Anvil offices on the second floor of the Lee Building at Main and Broadway. And what I saw in Bud’s work then was the same thing I see now when I open one of his books: raw, brave, human, unadorned depictions of people caught in the meat-grinder life of poverty, homelessness, addiction, and violence. He gave voice to the many that could not put it down in words, to the many who are never listened to. The epigraph he gave me for the book was this: ‘the primary intention of my writing has been fidelity to my experience and those of the people about whom I write.’ And in that, he never wavered.”

A chapbook by Bud Osborn called Keys to the Kingdom (Get To The Point Publishing 1998) received the City of Vancouver Book Award. “Bud was an eloquent and passionate spokesperson for the dispossessed,” said publisher Brian Lam of Arsenal Pulp Press. “As a recovering addict, he knew all too well the struggles of those who live with poverty and addiction, and dedicated his life to documenting their experiences, including his own, using the medium of poetry to move and educate others. As well, Bud was a spirited activist, a well-known figure at various demonstrations and gatherings in the Downtown Eastside, which was his literal and figurative home.” Interviewed by telephone from Ottawa, Libby Davies told Georgia Straight, “He was the kind of guy, he could talk to lawyers and judges and politicians and bureaucrats, and scientists and business people…or just the ordinary person on the street,” she stated. “He could communicate with people and get them to understand what was going on, and he always spoke the truth, always. He never shied away from it.”

One Response to “Bud Osborn was heroic for DTES”