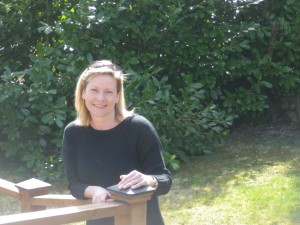 History books typically show Vancouver as a pioneer city built on forestry, fisheries, and tourism, but behind the snow-capped mountains and rain forests, the Vancouver of the first half of the 20th century was a seething mass of corruption. The top job at the Vancouver Police Department was a revolving door with the average tenure for a police chief of just four years. But Vancouver is more than bookies, brothels, and bootleggers-the city also produced legendary women, world-class entertainers and ground-breaking architecture.Sensational Vancouver is a fully illustrated popular history book about Vancouver’s famous and infamous, the ordinary and the extraordinary, filtered through the houses in which they lived.

Cloudwalker, describing the creation of the rivers, is the second in a series of Northwest Coast legends by Roy Henry Vickers and Robert Budd. Their previous collaboration, Raven Brings the Light (2013), is a national bestseller. On British Columbia’s northwest coast lies the Sacred Headwaters—the source of three of British Columbia’s largest salmon-bearing rivers. These rivers are the source of life for all creatures in the area. But what gave life to the rivers themselves? Roy Henry Vickers’ vibrant artwork, including 18 new prints, accompany this new retelling of an ancient story—readers of all ages will be captivated. In this engaging story of hope and perseverance, a young girl dreams of being a writer. The girl is shaped by her passion for reading and her exuberant imagination. Although her eyes are open to the world around her and to the wealth of stories she was born into, her journey of becoming a writer is not a smooth one. Along the way she learns the satisfaction of a well-chosen word, the importance of self esteem, and the wonder and beauty of life, real and imagined.

In this revised seventh edition are 109 of the region’s best walks of four hours or less to suit every taste. The trails have been reorganized from north to south, west to east, and the book includes fourteen all-new walks along with another twelve that have been substantially modified from previous volumes. As always, a few rambles have been retired, but most of the classics remain and their trail directions and maps have been completely updated with GPS coordinates to make route-finding easier.

After two decades of helping clients battle addiction, Mike Pond, a successful therapist, succumbs to one himself. He loses everything and ends up destitute in a rundown recovery home populated by a cast of characters straight out of Dickens. And so begins Mike’s harrowing two-year journey to sobriety with stops in abandoned sheds, dumpsters, ditches, emergency wards, intensive care and prison. Mike’s riveting account crackles with raw energy and black humour as he plunges readers into a world few will ever have the misfortune to experience.

In Food Artisans of Vancouver Island and the Gulf Islands, well-known and loved food writer Don Genova compiles a guide of the best food producers of Vancouver Island and the Gulf Islands. Using his first-hand experience as host of CBC Radio Victoria’s weekly column “Food Matters,” and based on interviews he conducted as a food writer for various publications, Genova introduces readers to the many talented and passionate people and companies throughout the region—all of whom are working to promote a growing food culture. Meet the local food artisans and learn about their history, discover favourite offerings by the producers, and get a sense of how well you can eat if you buy local.

The Deerholme Foraging Book is an exploration of the wild foods found in the Pacific Northwest. It is written by award-winning chef and author Bill Jones and features local mushrooms, edible plants, sea vegetables, and shellfish. The book is the product of twenty years of research and professional cooking with foraged foods. It serves as an introduction to the world of wild food and contains identification and sourcing information, harvesting and preparation tips, and more than one hundred delicious recipes featuring many types of wild foods. The recipe list includes techniques for preserving food and covers basic pantry preparations, appetizers, soups, salads, and desserts, as well as meat, seafood, and vegetable dishes.

Forty years ago, droves of young women migrated away from urban settings and settled in rural areas across North America. Many settled on the north coast of British Columbia, on Haida Gwaii or around Prince Rupert. Gumboot Girls tells the stories of thirty-four women, through their own eyes, as they moved from their comfortable city-dwelling surroundings to the rugged north coast. Part back-to-the-land, part adventure, heartbreak and love, this collection of stories edited by Lou Allison and compiled by Jane Wilde was inspired by the book Girls Like Us by Sheila Weller. Wilde, the creator of the collection, encouraged, prodded and cajoled her friends (and some of their friends) to tell the story of a generation of young women who flocked to the north coast of BC in the 1970s. Writer, environmentalist and gardener Des Kennedy has gathered together his best, most outrageous and most contemplative articles and essays of the past decade into a book full of playful wit and insight. Kennedy recounts one newspaper’s April Fool’s Day prank that had men across the UK buying heather in order to propagate a poor-man’s aphrodisiac, expands on his trials creating a sod sloped roof, admits he once wanted to write a stump-puller’s guide to the universe and contemplates the dark beauty—and rat feces smell—of a voodoo lily. The articles are tied together with Kennedy’s assertion that gardening is a revolutionary act of maintaining harmony with nature that intertwines the human spirit with the natural world.

Nikki van Schyndel is not your typical grizzled survivalist. She is a contemporary, urban young woman who threw off modern comforts to spend nineteen months in a remote rainforest with her housecat and a virtual stranger. Set in the Broughton Archipelago—a maze of isolated islands near northern Vancouver Island—Becoming Wild is a story of survival in the pristine wilderness of BC. Sometimes predator and sometimes prey, twenty-nine-year-old Nikki and her companion Micah fend off the harsh weather, hungry wildlife, threat of starvation and the endless perils of this rugged Raincoast. To survive, Nikki must rely on her knowledge of BC’s coastal flora and fauna, and the ancient techniques of hunting and gathering. Told in a voice that is both familiar and vulnerable, Becoming Wild explores our innate longings to connect with nature and revert to a pure, Eden-like state.

Since 1972, Raincoast Chronicles, Harbour’s signature illustrated anthology, has been highlighting lives that defined the British Columbia coast. Raincoast Chronicles 22, gathered by guest editor David R. Conn, is inspired by givers, guardians, helpers and volunteers who have contributed to the making of our region. Included in this issue are the recollections of two novice doctors providing all health services on the Southern Gulf Islands (coroner, dentistry, psychiatry, veterinary and ambulance); award-winning writer Alan Haig-Brown’s remembrance of his days as a deckhand on the haywire crew of a coastal freighter; and Peter A. Robson’s evocative essay about sitting alone and awake in the forest at night in order to save a threatened sockeye run one fish at a time. Replete with dozens of previously unpublished photographs, this captivating collection is full of memorable characters, laudable deeds and is a valuable contribution to the history of the BC coast.

Following the success of her national bestseller, The Book of Kale, Sharon Hanna is back, teaming up with gardening editor Carol Pope, for even more fun with kale. There are good reasons why the Kale Revolution is growing—this humble leafy green is one of the healthiest vegetables on earth, it thrives in winter and sweetens in the cold, it self-seeds, its flowers sustain bees, and it’s so easy to grow you will feel like a master gardener with almost no effort. With the seemingly limitless ways to enjoy this superfood—kale salad, kale chips, kale pizza, kale soup, kale pesto, and even kale cookies—one book just wasn’t enough.

* The BC Bestseller List is compiled using sales data from over 80 independent bookstores in BC, which is provided to the ABPBC by TBM BookManager. The list represents sales of BC published books released within the calendar year.