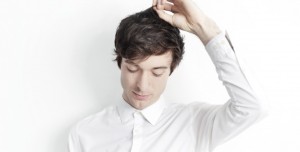 Festivals all have their hits and misses. The PuSh Fest has so many hits, remedy there is no need to belabour any dissatisfaction with a miss or two.

To close out the festival, one evening was set aside for this year’s curator-in-residence, Jordan Tannahill, who will be returning next year to program a variety of PuSh events within the revamped Fox Theatre. Tannahill easily qualifies as one of the most gifted and promising playwrights in the country so that can only be good news.

Jordan Tannahill is not simply the man who has rendered a string of must-see plays such as Late Company, recently produced in Vancouver by Touchstone Theatre. His residence in Toronto doubles as a lab space called Videofag to stimulate artists of various genres to override their fear of failure, to make new things. Two of the shows in this year’s PuSh Fest owe part of their origins to Videofag: Let’s not beat each other to death by Stuart Legere and the The Queer Songbook Orchestra.

This year, to get the lay of the land, to acclimatize to the space, Tannahill—who is self-described as a multi-disciplinary artist—devised a one-night happening in the dark and ridiculously cold (in terms of temperature) faux-night club atmosphere of the Fox Theatre.

Declarations is possibly one of those shows that is more interesting to talk about than to witness. There is no apparent program. It doesn’t start on time. Milling around in the dark hall with limited seating feels a bit like returning to a high school dance. We eventually begin with a screened film/video presentation of an extraordinarily talented, unnamed, uncredited female performer who takes sign language to new levels.

“This is maroon” she says. And so she invents her physical interpretation of the colour maroon.

“This is October.” And so she invents expressions and movements to signify October. And so on.

Each three-to-five-second segment commences with “This is…”

Such theatre games are relatively common, but this performer’s body vocabulary is jaw-droppingly diverse. Her inventiveness is evidently limitless. The rapidity of her seamless onslaught of impressionist definitions of concepts, feelings and objects is dazzling. Pretty soon we become aware that our appreciation for her originality cannot keep pace. To complicate matters further, there is an irritating time clock running beneath her image throughout. Tannahill has stated the spark for this conceptual one-trick-pony is “it’s Barthesian punctum if you will,” so no doubt there was some theoretical conceit at work to justify its inclusion.

We assume Tannahill has provided the words, but clearly it’s the performer who is carrying the ball. She somehow manages to return to her blank, make-up-less face between each new interpretative, mimed expression. It is privilege to witness her unadorned mastery, like watching Charlotte Rampling in 45 Years. One is reduced to an incredulous “Wow.”

We want her to slow down. But she can’t, or won’t. It’s a bit like riding a bullet train through a tunnel, moving so fast that you can’t possibly read the advertisements on the subway. It’s thrilling at first, but increasingly frustrating. What’s it all about, Alfie?

By the time the footage finally ends, we are so relieved not to be inundated by the performer’s genius that applause is slight. The audience is mostly dazed. Well, okay, THAT was something.

Immediately we want an edited version, a slowed-down version, so we can see the best half of her interpretive inventions. A highlight reel, so to speak.

Instead Declarations turns out to be a two-parter. First the film, then fifteen members of the audience begin to simulate those “This is….” declarations throughout the venue. We can’t see or hear them very well. Worse, immediately we realize these performers are far, far, far less talented than the performer who has just mesmerized us on screen. We can’t wait for them to stop. A bizarre thought occurs—this is a like taking 15 people at random from a Skytrain car and asking them to race against Usain Bolt.

Tannahill has explained the fifteen performers are from the Greater Vancouver Area: “Some of them I met through a former neighbour of mine, who now lives in Langley. Others, I met through Milton Lim and Chris Gatchalian, friends of mine in the Vancouver performance community. Some of the performers are professionals, some have never been on a stage before. They hail from every major suburb in the area.”