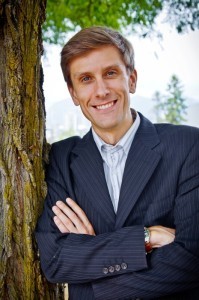 British Columbia – Too Beautiful for Words

The BC Association of Travel Writers (BCATW) is happy to announce its upcoming 2016 Symposium, themed British Columbia – Too Beautiful for Words. The day of learning, networking and professional development will explore aspects of British Columbia that offer special opportunities for travel writers.

BCATW 2016 will be held April 10, 2016 at the Anvil Centre in New Westminster and is open to both BCATW members and non-member writers.

Our keynote speaker is noted journalist, Lucas Aykroyd, an award-winning writer, national newspaper columnist, and public speaker specializing in travel and sports. His work has appeared in the New York Times, the Washington Post, National Geographic Traveler, The Globe and Mail, the Toronto Star, and The Hockey News.

The symposium will include an industry panel representing BC tourism boards, as well as an editorial panel of magazine editors, which will be followed by editor pitch sessions. The day includes a BC-themed photo contest, blog contest, Twitter contest, and drawings of numerous travel-related door prizes.

Registration details and association membership information can be found at www.bcatw.org/bcatw 2016/. Early-bird rates of $65 for BCATW members or $75 for non-members end on March 1st.

The BC Association of Travel Writers (BCATW) is a non-profit association dedicated to presenting a platform for BC-based travel writers to network in the common cause of promoting the profession. Visit the web page at BCATW.org

BCATW sponsors monthly Meetups to broaden understanding of the travel writing industry. Find them at Meetup.com

Lucas Akroyd has contributed to travel guidebooks for Fodor’s and Frommer’s. Since 1999, he’s covered the NHL, four Olympics, and 16 IIHF World Hockey Championships.

Based in Vancouver, he has traveled to more than 30 countries. “I’m still waiting for Tourism Antarctica to return my call,” he says.