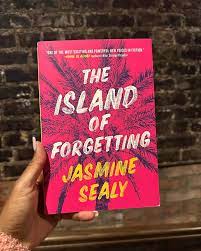 Born and raised in Barbados, Jasmine Sealy is now based in Vancouver where she has written her debut novel, The Island of Forgetting (Harper Avenue $24.99), about a multi-generational family saga set mainly in Barbados.

Inspired by Greek mythology, the tragic story begins with a young man, Iapetus driven mad by witnessing his father’s death at the hands of his mother and older brother Cronus. Iapetus’ son Atlas, raised in the loveless home of his uncle Cronus, bears a daughter, Calypso, who is herself caught in Cronus’ corrupt world. It is Calypso’s son, Nautilus who escapes the family cycle of dysfunction through exile to Canada.

Sealy’s short fiction has been shortlisted for the Commonwealth Short Story Prize (2017) and included in Best Canadian Stories (2021). In 2020, Sealy won the HarperCollins/UBC Prize for Best New Fiction. 9781443465212