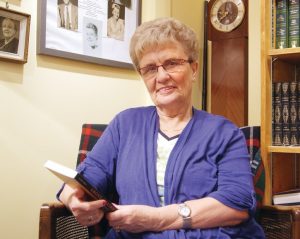 The hard-working author of more than 20 books, Valerie Green has published an historical fiction novel, Providence (Hancock House $27.95), the first in a series she is calling the McBride Chronicles. Book one is the story of an English orphan, Jane Hopkins, and a tough Scotsman, Gideon McBride, whose separate journeys to the New World lead to their meeting in Victoria and the beginning of a family dynasty in British Columbia. The family saga includes passion, deception, triumph and tragedy on the frontier. All the books in the series depict strong characters who are willing to fight for a better life against all odds. With a backdrop of B.C.’s gold rushes, maritime disasters, and two world wars, the McBride Chronicles will be told from the period of the 1850s to present day. 9870888397393