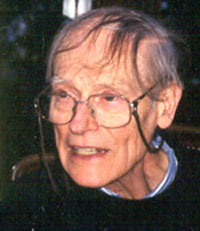 Professional painter Jim Willer came to teach at the Vancouver School of Art at the invitation of painter Tak Tanabe in 1964. He later wrote a dystopian novel about “electric government,” Paramind (1973), that made him one of three co-recipients of an unprecedented $100,000 literary prize offered by the Imperial Tobacco Company for Canada’s centennial. The prize money, evenly split three ways, enabled him to build a house. He scraped by a fulltime artist for more than three decades after that.

Jim Willer’s prophetic novel Paramind describes how the artificial intelligence of rogue Computer 27 outstrips human intelligence. Published a few years after Stanley Kubrick’s 2001: A Space Odyssey, Paramind was nonetheless written before computers were developed for general use. Computer 27, a technological Frankenstein, can beat international chess masters. Nicknamed Kasgar, Computer 27 eventually kills its creator before its inventor can dismantable it.

One of the precious few critical responses to Jim Willer’s dystopian novel Paramind was printed in Canadian Literature #58 (Autumn 1973, pg. 95-99) among a survey article about five novels entitled A Forest of Symbols. We are indebted to Anthony Appenzell for having provided this summary for posterity: Vancouver School of Art, circa 1940s

“Jim Willer, the sculptor author of Paramind, has obviously read McLuhan with attention; he has equally obviously, as a contemporary artist, listened to the unthinking enthusiasm with which the devotees of intermedial art have talked of modern electronic developments; he has considered these matters with alarm, and he has produced a novel, set largely in his own Vancouver in the 21st century, which chronicles the eventual triumph of the Machine over Man. It is not a new theme or a new kind of plot, and most of the basic ideas Wilier advances can be found in one shape or another in classic anti-Utopian writings, such as Forster’s “The Machine Stops”, Zamiatin’s We, Huxley’s Brave New World and Orwell’s 1984. Willer has ob- viously read so widely — he is very adept in the language of modern science and pseudo-science — that one cannot doubt these works were among his models. Indeed, as well as sharing with them in the general attack on the increasing penetration by political and economic corporations into human privacy, and on the consequent development of means to condition thought and adapt men to follow the will of the state, Paramind echoes specific elements of these novels. Like the people of “The Machine Stops”, the majority of the population of Willer’s New World has already become depend- ent on a managed environment which is virtually a great machine. As in Brave New World and in Wells’s A Modern Utopia — this population is divided into castes of rulers and ruled, in Paramind’s case the Progs, who form the technocratic managing caste, and the Sensates, who, like the proles in icßfa are allowed to follow their own life of controlled leisure; as in Brave New World pleasure — derived largely from sex and drugs — is an important element in disciplining the population, and neur- ological adjustments rather than pain are used to eliminate the inclination to rebel. I note these echoes merely to show how firmly Willer participates in his tradition and is aware of it; he restates in terms of the seventies the problems which the earlier dystopians stated in terms of their particular decades, and in this kind of cautionary task repetition and revision are both necessary. Willer fulfils the role of reviser with wit and a good deal of natural eloquence, so that his book is freshly inventive in descriptive detail as well as up-to-date in providing a perspective related to that of the science fictioneers who in recent decades have tended to move into dystopian ter- ritory. The climax of Paramind in fact owes more to a strain of science fiction stemming from Karel Capek than to such essentially political books as … Basing his conclusion on an intelligent development of the text — “Wherever Matter is, you will find Mind ·—· latent or manifest” — Willer shows Computer 27 transforming itself into Paramind, capable of a level of independent thought higher than that of man. Paramind, as all novels of warning must be, is pessimistic in its denouement; Kasgar, the creator of C.27, realizes its powers too late, and is killed by his own creation before he can destroy it.”

Jim Willer was born near London, England in 1921. He toured Western Canada on a painting expedition with Joe Plaskett and studied for two years in Europe under Bohemian conditions.