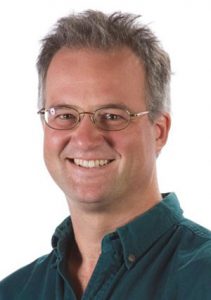 Stephen R. Bown’s account of the doomed expedition of Vitus Bering, Island of the Blue Foxes, was the lone B.C.-published book to make the longlist from among 153 non-fiction entries for the $30,000 RBC Taylor Prize. It was later shortlisted. Now Island of the Blue Foxes: Disaster and Triumph on Bering’s Great Voyage to Alaska has won the Wilfrid Eggleston Award for Non Fiction as part of the 2018 Alberta Literary Awards. Jurors deliberated over 260 submissions to select 24 finalists in eight categories. The winners were announced at the 36th annual Alberta Literary Award Gala in Calgary on June 2, 2018. Natural History Magazine praised the book, calling Island of the Blue Foxes “a fine addition to the literature of Arctic exploration.” CBC News celebrated the book as “a worthwhile read and perhaps one of [Bown’s] best.” Island of the Blue Foxes was also longlisted for the BC National Award for Non-Fiction earlier this year.

Island of the Blue Foxes: Disaster and Triumph on Bering’s Great Voyage to Alaska by Stephen R. Bown (D&M $34.95) tells the story of The Great Northern Expedition which resulted in the mapping of the Arctic Coast of Siberia and large parts of the North American coastline, and the discovery of Alaska.

Almost 300 years ago, it was one of the most ambitious and well-financed scientific expeditions in history. Now it is famous for the horrific privations suffered by its crew. 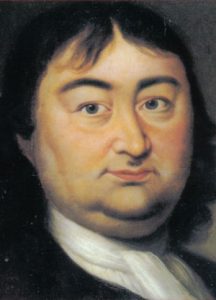 Danish-born Vitus Bering served for 38 years with the Russian fleet and was encouraged secretly to explore the North Pacific by Tsar Peter the Great. He is often wrongly credited with confirming the separation of the two continents in 1728. In fact, a little-known Siberian Cossack, Semen Ivanovitch Dezhnev, sailed around the extreme northeastern tip of Siberia in 1648 but the records of the voyage were buried in an obscure archive in Siberia for many decades.

Vitus Bering was also not the first Russian mariner to glimpse North America. Michael Gvozdev was the first to record his sighting of a ‘large country’ (bolshaya zemlya) while sailing east of Siberia in 1732.

In 1728, beset by fog, Bering failed in his mission to find out where Asia joins America. Proceeding only as far as 67 degrees north, he never conclusively proved that Asia and North America were separate continents.

Bering’s second expedition —the focus for Bown’s Island of the Blue Foxes—sailed in September of 1740 from Okhotsk accompanied by the St. Paul under the command of Aleksei Chirikov.

After wintering in Kamchatka, both Bering and Chirikov sailed into the Pacific Ocean from Petrovskaia (Petropavlovsk) in June of 1741. The dual commanders became permanently separated by fog and storms on June 20.

The written record for his final adventure was rendered for posterity mainly by Bering’s second-in-command, Sven Waxell (a Swede) and the German-born scientist Georg Wilhelm Steller.

It’s often assumed that Bering must have accomplished the first proven landfall on the north Pacific Coast by Europeans during his follow-up voyage. In fact, Bering’s sailing partner, Aleksei Chirikov, preceded Bering’s landing by five days when his crew made landfall north of Dixon Entrance, in Alaskan territory, on July 15, 1741. 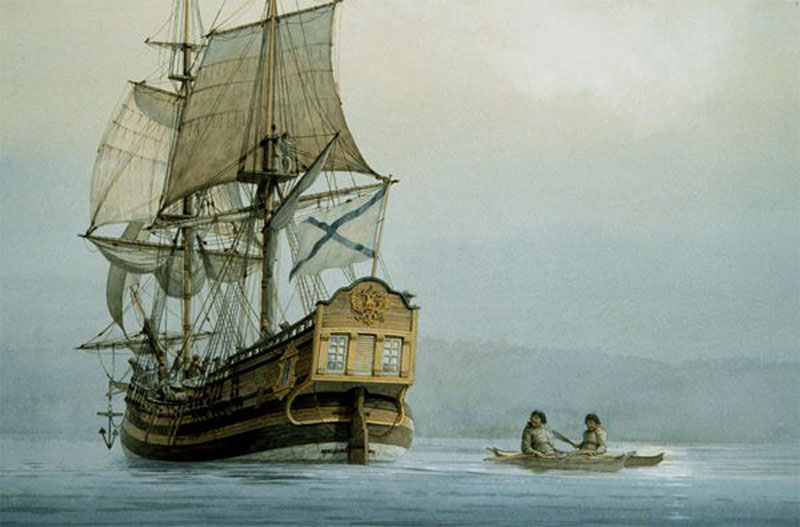 When Bering’s expedition first sighted North American land, Bering was congratulated by his men but he was not cheerful. He told his scientist Georg Steller, “We think now we have accomplished everything, and may go about greatly inflated, but they do not consider where we have reached land, how far we are from home, and what may yet happen.

“Who knows but that perhaps trade winds may arise which may prevent us from returning? We do not know this country, nor are we supplied with provisions to keep us through the winter.”

Bering’s words were prophetic. Beset by scurvy, his crew was reduced to ten active men by October as the ship was spun uncontrollably about the north Pacific by a storm. Men perished miserably and were pitched overboard while the rigging and sails were destroyed. More like a wreck than a ship, the St. Peter was driven onto the beach as the men desperately sought escape, ripping a hole in the hull. 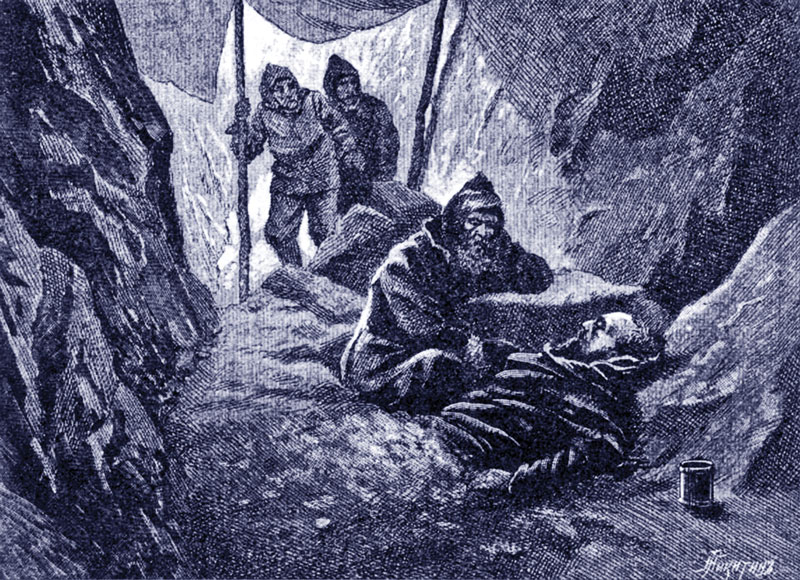 Vitus Bering, dying, as depicted in this 1890s Russian illustration.

The survivors scrambled ashore and constructed a makeshift camp from the salvaged stores of the ship. Here on this desolate, uncharted, uninhabited island they were destined to spend the next eight months surviving as best they could, choking down rotten whale blubber or sinewy sea lion meat while fending off the relentless attacks of hordes of feral blue arctic foxes.

Vitus Bering died on December 8, 1741 on Bering Island, east of Kamchatka. He was buried in a sandbank on the side of a wind-swept hill. Logbooks have survived, in addition to the accounts made by Waxell and Steller, that reveal the daily struggles, personal quarrels and aspirations of the adventurers.

Of the 76 men who had sailed with Bering from Petropavlovsk six months before, only 45 were still alive by the end of 1741. These survivors eventually constructed a small ship from the wreck of the St. Peter and sailed the 442 km home to Kamchatka.

Stephen Bown likes to take a biographical and narrative approach to writing about history; less interested in statistics than in the lives of the people involved. 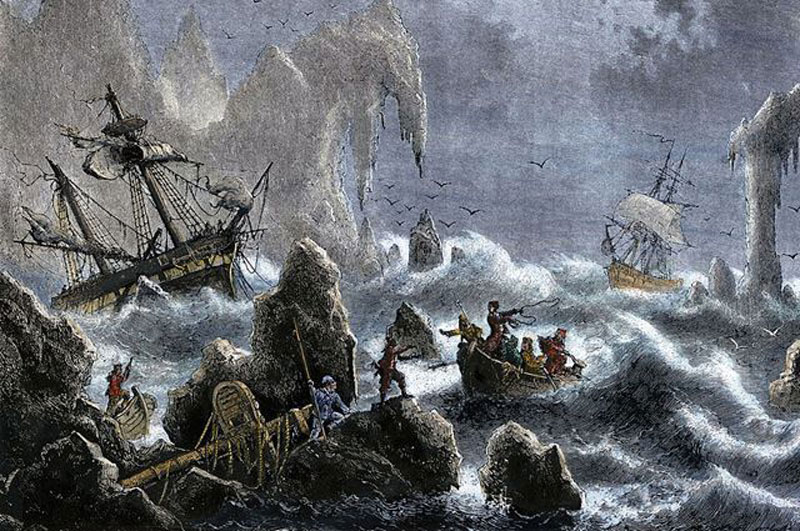 “I love a great story,” he says, “and for whatever reason the incredible adventure of Russia’s Great Northern Expedition and the disastrous voyage across the Pacific from Kamchatka to Alaska, has never been fully told before except in academic publications.

“I want people to be as amazed as I was with this story and perhaps have a greater appreciation for life in those times, the daily danger, risks, bravery and curiosity it took for those voyages, to seek out new places.

“At the same time, these men had a powerful urge to survive and return home when faced with what can only be termed extreme suffering and disaster.”