Z is for Zeballos 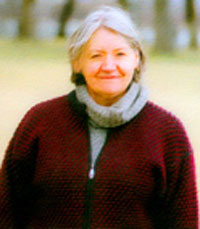 Born in Viking, Alberta in 1942, Eleanor Witton Hancock grew up in Zeballos from age three onwards. With her parents Robert and Vimy Witton, she helped manage the Zeballos general store after her grandfather Seth Witton purchased it in 1939.

At age 15, Witton left Zeballos for Vancouver to attend secondary school and the University of British Columbia. During her holidays she worked in the store, at the post office and aboard the MV Uchuck II, a freight and passenger ship that operated between Gold River and Zeballos. She later became an elementary school teacher and married a mining engineer.

Having eventually settled in Kamloops, she became interested in researching the 1938 Zeballos gold boom. During the early 1980s she interviewed 120 people about the pioneers at Nootka Sound, Zeballos and Kyuquot, publishing several articles about old-timers in the Times-Colonist, the Journal of the BC Historical Federation, the Seniors Review and the Bank of British Columbia’s Pioneer News.