Writing her away beyond tragedy 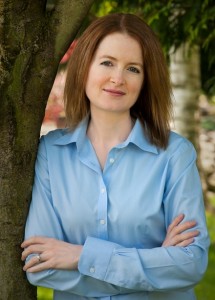 Born in Vancouver in 1970, Colleen Ruttan of Chilliwack received a physics degree from UBC in 2003 and worked as an RCMP Criminal Intelligence Analyst from 2004 to 2011. She has self-published her Cael Stone fantasy novels for young adults starting with The Last Falcon (2012) in which fourteen-year-old Erynn witnesses the brutal murder of her father. A golden dragon mysteriously intercedes to save her from the same fate. Two years later Erynn must flee from the castle where she has lived since her father’s murder when the attackers once more invade her kingdom. She wants to avenge her father’s death, but the future of the kingdom is also at stake. The life of the Crown Prince of Alyria is also in danger. The saga continues with Dragon Fire (2013) when Erynn sets out with her friend, Adena, to find the falcon they need to send an important message. Erynn discovers more about who she is and why the Queen of Galia wants to destroy her.

“The actual inspirations for my Cael Stone series came primarily from Lord of the Rings and The DaVinci Code, both read in 2001,” she says. “I had loved journey stories as a kid and reading Lord of the Rings inspired me to write one. I also enjoyed the quick read and puzzle-solving aspects of The DaVinci Code, and was interested in what it might be like to wake up one day and find out you have some important blood-link to the past.”

Colleen Ruttan grew up in North Vancouver with a love of horses to the extent that she followed horses at the local racetrack, designed a thoroughbred breeding farm and researched thoroughbred bloodlines. She also wrote to major breeding farms in the US to request their stallion catalogues. Favourite books included Walter Farley’s Black Stallion series and Watership Down by Richard Adams. Later teen fiction influences included Dean Koontz, Stephen King, Clive Barker and John Saul. She later developed a passion for true crime after reading Fatal Vision by Joe McGinniss during Law 12. She returned to school in her mid-twenties and spent a year-and-a-half upgrading her high school part-time just so she could get into college. When she received an ‘A’ in Physics 11 and was so amazed that she could excel in a subject she had once thought near impossible, she eventually discovered a five-year program at the University of British Columbia called “engineering physics.” She didn’t get in the first time she applied, but she worked extremely hard and was accepted the following year.

Ruttan was half-way through her fourth year of engineering physics, when her younger brother, Stan, was struck and killed on January 1, 2000, by a suspected drunk driver. Both his death and the complete family disintegration that followed so completely shattered her life that she struggled with school and serious depression for the next three years, including dropping out twice. It was during this time that Colleen remembered the love she had once had for writing–something she hadn’t done at all since she was a teen–and she realized that while she enjoyed school and had a passion for learning, she really wasn’t an engineer. Choosing not to complete her engineering physics degree, Colleen instead cashed in what courses she had and graduated in 2003 with a physics degree.

Hoping to become a writer, she returned to work for the federal government and eventually accepted a transfer to the Royal Canadian Mounted Police. She spent the next seven years working as a criminal intelligence analyst, spending about half her time in federal drug enforcement, the other half in homicide, and a short six-month stint as a detachment crime analyst.