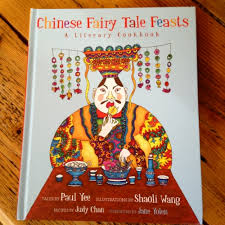 Chinese Fairy Tale Feasts: A Literary Cookbook (Tradewind $24.95), with texts by Paul Yee and recipes by Judy Chan, has won the 2015 Gourmand Award for best Canadian cookbook. It was illustrated by Shaoli Wang, with and introduction by Jane Yolen. Yee has provided original stories as well as his interpretations of Chinese folklore. Each story is followed by a recipe for a traditional Chinese dish. Born in China, Shaoli Wang graduated from the Department of Fines Arts of Qingdao Normal College, specializing in children’s book illustration. She immigrated in 1995 and now lives in Coquitlam. Previously her book, Bamboo, was a finalist for the B.C. Book Prize for illustrated children’s books. 978-1-896580-68-5