Withnail & I Go To The Okanagan 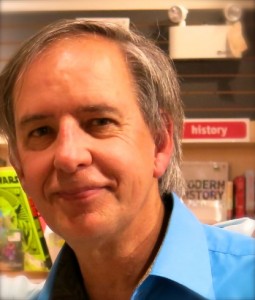 Anyone who has enjoyed the wisecracking tomfoolery of Steve Coogan and his fellow impressionist Rob Brydon as unlikely restaurant critics in their buddy/road movies The Trip (in northern England) and The Trip to Italy will gobble up the banter in Aaron Bushkowsky’s continuously clever Curtains for Roy (Cormorant $21).

Curtains for Roy starts a bit like Withnail & I Go To The Okanagan except the dissing duo are older semi-successful theatre types on a wine tour. Alex, a playwright with writers block, has agreed to chaperone his old friend, Roy, a theatre director who is dying of lung cancer, on a palliative adventure.

After much imbibing and self-loathing, trading barbs and uncomfortable truths, Roy is called upon to save a crumbling production of A Midsummer’s Night Dream for Kelowna’s first Bard in the Vineyard presentation.

The countryside is ravaged by fires that force evacuations in the Okanagan during rehearsals—events that occurred in 2003 when Vancouver’s Bard on the Beach generated a satellite projected called Bard in the Vineyard, giving rise to this novel. In Bushkowsky’s darkly comic Curtains for Roy the show is bankrolled by a biker-turned-vintner who has insisted his current squeeze must have a leading role.

The intimacy between Roy and Alex resembles the camaraderie that Coogan and Brydon (who aren’t close friends in real life) provide in their movies. Roy and Alex are bonded by their love of theatre and a stabbingly severe frankness that reassures both parties they can be original. For good measure, Bushkowsky adds the fact that Alex once saved Roy’s life when they were kids.

Nobody can dish out the truth like a close friend. It’s a service, of sorts. If you have a friend tear you apart, it spares you the misery of doing it to yourself. Along the way Bushkowsky even takes veiled potshots at himself. A detested theatre critic [is there any other kind?] attacks the playwright Alex, saying, “Instead of conflict you write snappy dialogue, hoping nobody will notice how empty your stories are… The sad truth is you can’t create meaningful relationships if you don’t know how to have them yourself.”

A jaundiced but talented actor offers this disturbing rant about commercial thespianism.

“Even if we bring a little more meaning, it doesn’t mean enough. People still go home after the shows and they ruin their lives with indifference and boredom. We’re just a ripple in the ocean of who-gives-a-shit. We’re singing cartoon frogs in a cartoon that nobody sees… You think people want to come to our show for enlightenment? They’re just hoping to impress their friends. We’re their concept of high art, so they don’t feel guilty about buying their next RV or SUV…

“What’s Shakespeare to them? Old English with physical comedy. How much to do they understand? How much do they really care?… They desperately want some poetry in their lives, but they don’t even know what it is. So they wander down to the winery jingling their car keys, hoping we’ll give them a brief glimpse of glory, a blink of insight, so their tvs don’t hurt their eyes so much late at night.”

As the story unfolds, and the drama of the upcoming production becomes more important than the duo’s friendship, Bushkowsky proceeds to generate more plot-driven entertainment Will Alex have a tryst with one of three attractive women who have crossed his path? Will Roy live to see opening night? Will the unwanted actress rise to the occasion? Or will it all crash and burn—figuratively or literally?

If Douglas Coupland had his name on the spine, Curtains for Roy would be admired and discussed worldwide as a brilliant comedy of manners, an exceedingly funny and searing portrayal of modern angst, a generational follow-up to Generation X, perfect grist for a movie.

It’s that good. But Aaron Bushkowsky is a middle-aged white guy who teaches playwrighting at Langara’s Studio 58; he’s published by a literary press that isn’t affiliated with Random House; and Curtains for Roy has received little attention to date.