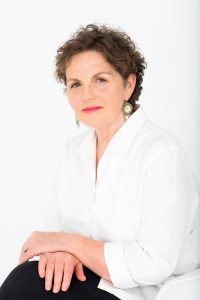 Iona Whishaw’s A Match Made for Murder (Touchwood $16.95), the seventh book in the Lane Winslow Mystery series, has won the tenth and final 2021 Bony Blithe/Bloody Words Light Mystery Award.

In this Winslow Mystery installment, it’s November, 1947 and newlyweds Lane Winslow and police inspector Fred Darling can’t escape murder, even on their honeymoon in sunny Tucson, AZ, some 2600 km away from their home in Nelson. Despite Lane’s very best intentions to relax, soon after their arrival her plans to spend the holiday poolside with a good mystery are interrupted by gunfire. One of the hotel’s wealthy guests has been shot point blank and Lane is second on the scene.

Meanwhile, back in Nelson… Sergeant Ames has been left in charge of the department during Darling’s absence. As he investigates a case of vandalism at the Van Eyck garage, it seems to lead directly to the death of the suspected vandal himself. Working with Constable Terrell, the new recruit, to piece together what happened in this strange and unsettling murder, Ames finds his romantic interest in mechanic Tina Van Eyck creates complications that are more than awkward; they could be deadly.

*
The Bony Blithe has been an annual Canadian award celebrating traditional, feel-good mysteries. According to organizers, “the award includes everything from laugh-out-loud to gentle humour to good old-fashioned stories with little violence or gore – in short, books that are fun to read.”

The Bony Blithe retires this year.