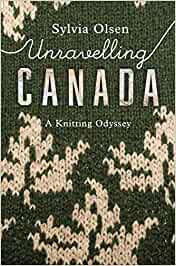 Sylvia Olsen has been publishing books since 2002, starting with the teen novel, No Time to Say Goodbye: Children’s Stories of Kuper Island Residential School (Sono Nis). She has gone on to write 20 books for adults and children.

Having spent most of her life living in Tsartlip First Nation where her children and grandchildren now live, one of the recurring themes in many of her books is knitting, in the Cowichan sweater tradition.

“Stitches are my second language,” she once said.

Her latest title, Unravelling Canada (D&M $24.95) is a combination knitting and travel story based on a cross-country trip she took with her partner Tex McLeod in 2015 from the Salish Sea to the Atlantic Ocean. Their plan was to conduct workshops, exchange experiences with other knitters and discover new things about Canada. Along the way, they found something special in the culture of knitting.

Olsen expands on her startling discoveries in the following Q&A submitted by her publisher. 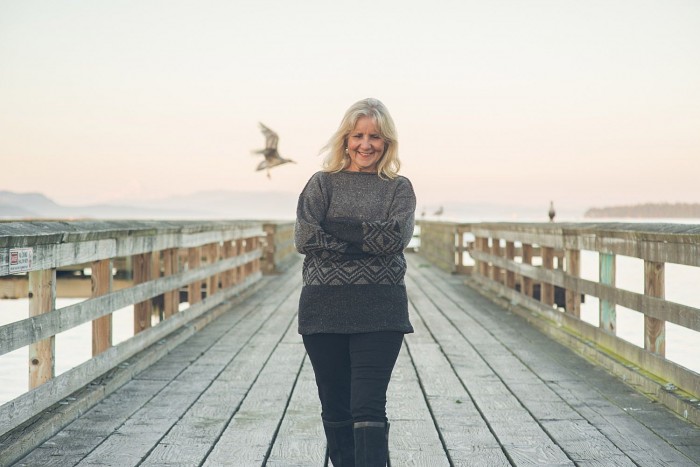 Sylvia Olsen wearing one of her sweater designs.

Whatever inspired you to write a travel book about knitting?
In 2015, I went on an epic road trip with my partner Tex McLeod. It started out being a book tour for Knitting Stories, a collection of essays and knitting patterns. It soon turned into a series of knitting workshops and then went national. We arranged workshops and readings that had something like 800 participants in more than 40 locations from Victoria to Newfoundland. I told stories and listened to stories from every person who attended the sessions. Tex took notes because we quickly recognized these brief glimpses into Canadian life were important. It wasn’t until a year or so after we got home that I began to comprehend what the road trip meant to me. I had another story I needed to tell.

What are the most memorable aspects of your road trip?
It was a profoundly personal realization that I was looking for my people and on the road trip I found them. I found women like me. They were creative, passionate, intelligent and curious. They were enthusiastic to learn something new and eager to listen to each other. Their stories were my stories yet they were all unique in their own way. It was a life-aﬃrming experience that I draw on to this day.

Is there one story that encapsulates the things you heard?
It’s hard to pull one story out when there are so many. But the two days we spent at Creative Yarns in Scarborough highlighted many things we experienced across the country. The shop felt as much like an art gallery as a yarn store. Classy, modern, funky hand knits dominated the décor. In the center of the shop was a circle of comfy couches where people knit, talked, ate cookies or relaxed. That’s when I realized that yarn shops were often more than commercial businesses; they were community centres. I found out that the customers of Creative Yarns, as well as other shops we visited, stepped in to help in many more ways than just purchasing goods.

Why do you call your relationship with Canada complicated?
In 1972 I married a Coast Salish man when I was 17 and moved onto a First Nation reserve shortly after. I lived there for more than 30 years. I was a blond haired, blue eyed, middle class, free spirited, aspiring hippy girl. When I travelled in Britain I was proud to think of Canada as the best country in the world. After moving to a First Nation community I was gripped with grief, guilt and confusion. By just crossing the road I encountered a level of poverty I had never imagined existed in Canada. This experience formed my worldview and framed my life. I have never, and doubt I will ever, stop asking the question “How could such disparate living conditions exist within one country?” 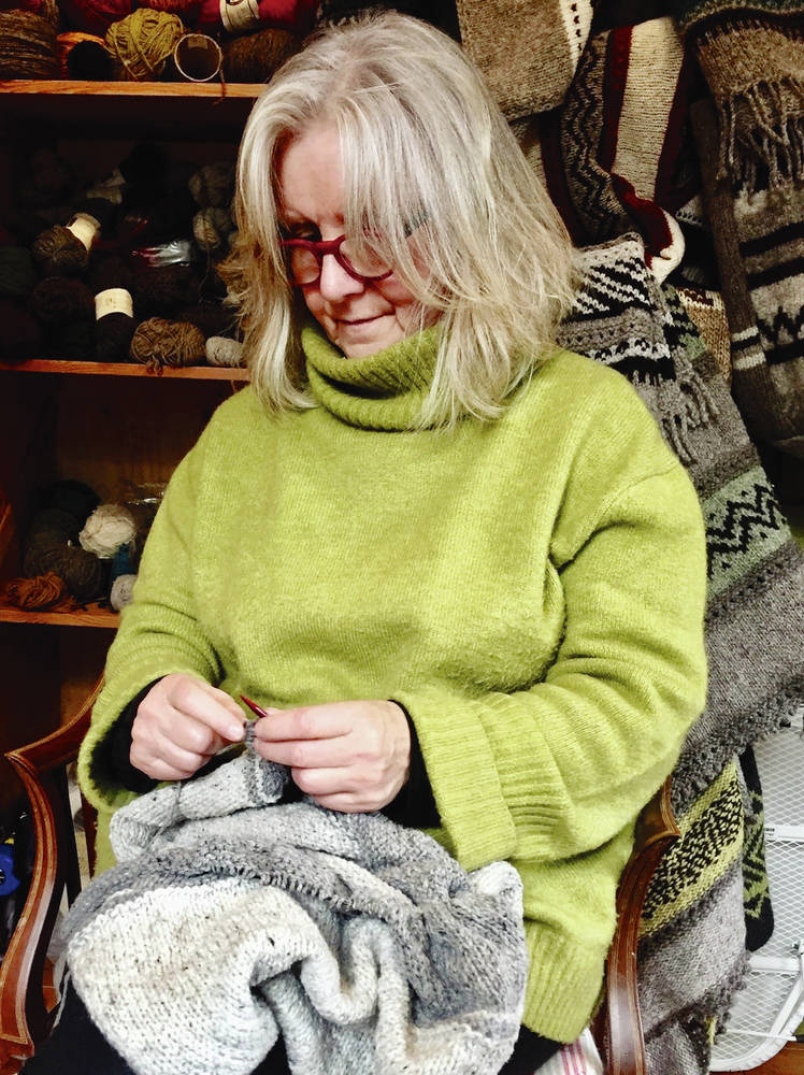 What answers did you find to your question while on your knitting road trip?
The country itself does not answer that question. The natural environment only reaches out and oﬀers abundance. It is in the taking of that abundance that inequality exists. Our road trip left me both sad and hopeful. Sad, because of the what-could-have-beens. Indigenous practices and knowledge could have been adopted and celebrated and their claims to land respected—our country would have been so much better oﬀ. Hopeful, because there is evidence everywhere that Canada is addressing the dark side of its history and is growing itself up. Indigenous and immigrant art, culture, knowledge, history and innovation are infusing our country with new life, which gives us hope for what we can become.

How did the experience change your perspective on Canada?
I gained a new appreciation for place and why everyone seems to believe that where they come from is the best place in the world…because it is. I find hope in the people I saw working towards protecting, enhancing and improving their local place. I also realized at a much deeper level that the idea of country and Canada is much more complex than I had thought. And while the project of country is currently under extreme pressure around the world I think I am more patient with Canada’s problems and more hopeful for its possibilities.

You were searching for the oldest sweater in the country…did you find it?
We met three sweaters that were more than 80 years old—two of them had been owned by Japanese men who were sent to the internment camps in WW2. The sweaters were one of the only personal possessions they had left after they were released. They have become treasured family heirlooms. I have shared the stories of these sweaters in Unravelling Canada.
978177162286