“We don’t catch the smart ones.” 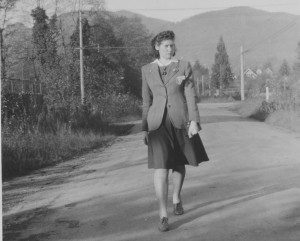 Stats reveal Vancouver is a good place not to be murdered now that the average age of the populace has risen.

The good news—if there can be any good news in a book about unsolved murders—is that the homicide rate is falling in Canada. These days murder accounts for 0.1 percent of all police-reported violent crime.

Vancouver is safer than ever, with one of the lowest murder rates in North America. Whereas in 1962, Vancouver had eighteen murders with a population of less than 400,000, by 2013, the city’s population had more than doubled and yet there were only six murders.

That disparity can be partially explained by demographics. The percentage of the population comprised of men between the ages of eighteen and thirty-five—the demographic that commits seventy-five percent of homicides in most countries—has dropped considerably since the 1970s. The VPD has 337 unsolved murders on its books dating back to 1970. Police will not comment about these crimes on the record, but Eve Lazarus has examined twenty-four of the city’s most baffling unsolved murders between 1944 and 1996 for Cold Case Vancouver (Anvil $21.95).

As a populist historian, Lazarus has developed a lively but authoritative tone in three previous B.C. heritage titles. For her fifth book, Lazarus is more like a respectful reporter, avoiding sensationalism, as she relates the facts, without lurid or rumoured conjectures, adding maps, archival photos and newspaper clippings.

There’s the well-known 1953 ‘Babes in the Woods’ story about the skeletons of two little boys uncovered by a Vancouver Parks Board worker in Stanley Park. Both were likely killed about six years earlier. Lazarus points out they were slain around the time seven-year-old Roddy Moore was inexplicably beaten to death on his way to school in East Vancouver in 1947. Conversely, a man who attacked thirty women in the early 1950s was dubbed “the love bandit” by the press. In that era, domestic violence was largely ignored and women were chronically at-risk in their homes. X marks the spot where the bodies of the ‘babes in the woods’ were found in Stanley Park. Map courtesy of The Province newspaper, March 20, 1998.

One Response to ““We don’t catch the smart ones.””