Victories gone, but not Forgotten

Prior to the release of the eleventh installment in his Canadian Battle Series, Forgotten Victory: First Canadian Army and the Winter Campaigns of 1944-1945 (Douglas & McIntyre $37.95), Canada’s pre-eminent World War II historian Mark Zuehlke of Victoria is keenly aware of the centennial of World War I this year—and the flurry of new B.C. books to mark the occasion. 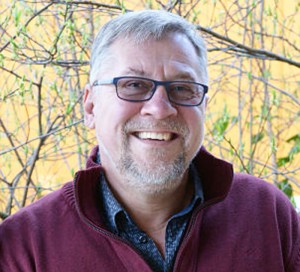 In an age when creative non-fiction is chic, Mark Zuehlke excels at old-fashioned research.

ZUEHLKE: True. I did one book on World War I but it’s usually overlooked. It’s called Brave Battalion: The Remarkable Saga of the 16th Battalion (Canadian Scottish) in the First World War. It was published by Wiley & Sons in 2008. They didn’t do much with it. They have since sold their Canadian book list to Harper Collins (Canada), so it was been re-released only as an e-book last year.

BCBL: So why not more on World War I?

ZUEHLKE: Well, I am interested in World War I and had discussed with Scott McIntyre and Trena White, before D&M went under, about doing a book on a very unrecognized Canadian achievement during World War I, which was the turning of the Drocourt-Queant Line in 1918. That kicked off the last 100 days of the war and led to the resultant victory.

It’s my contention that the performance by the Canadian Corps during this period broke the German defensive line and brought about the speedy collapse that ended in the German surrender and the armistice of November 11, 1918. I thought this a somewhat unique insight but I see now that Jack Granatstein is coming out with a book this fall that has pretty much the same thematic thread and conclusion.

BCBL: So how long can you continue to concentrate on World War II?

ZUEHLKE: I don’t see myself writing about World War I for another twenty years! I got into the Canadian Battle Series because I identified many campaigns and battles that our army fought in World War II that were overlooked or poorly remembered in the literature that existed. It all started with Ortona and that led to me to doing the trilogy on Canadians in Italy—the so-called D-Day Dodgers after June 6, 1944.

Then, to my surprise, I saw that D-Day itself hadn’t really been written about that much at the time. So I did JunoBeach. Then Holding Juno, because that was supposed to have been part of Juno Beach but there wasn’t enough space in one book for June 6 and the following six days. I’ve been chasing down forgotten campaigns and battles since.

There have been several books on JunoBeach, and, of course, Dieppe, including my own Tragedy at Dieppe, but largely the rest of Canada’s battles and campaigns keep getting relegated to overview books.

BCBL: So what’s the individual battle covered in Forgotten Victory?

ZUEHLKE: The First Canadian Army in the Rhineland Campaign of Feb-Mar 1945 destroyed the last elite and/or credible German divisions facing the western Allies and so paved the way for the rapid advance into Germany that followed and the end of the war in less than two months.

BCBL: What are some books by other B.C. war historians that you admire?

ZUEHLKE: Definitely Peter Stursberg and his The Sound of War. And Jack Hodgins’ The Broken Ground is arguably the best work of fiction about World War I produced by a British Columbia author. Dr. Reginald Roy of UVic is a veteran of World War II and he wrote three histories of BC regiments: The Seaforth Highlanders of Canada, 1919-1965, Ready for the Fray: The History of the Canadian Scottish Regiment (Princess Mary’s), 1920 to 1955, and Sinews of Steel: The History of the British Columbia Regiment. In my estimation these are the finest Canadian regimental histories to be found because they were meticulously researched, especially involving correspondence and interviews with veterans, and then ably written in a fairly popular versus academic style. His 1944: Canadians in the Normandy Campaign was also quite good.

Maple Ridge illustrator Michael Wyatt did good work on the illustrations for Canada at War: A Graphic History of World War Two, although the book suffered from a stiff and somewhat disjointed text by Paul Keery. Finally The Book of War Letters: Two Centuries of Private Canadian Correspondence by Paul and Audrey Grescoe provides a different perspective and I was happy to contribute some letters from my files.

BCBL: Surely there are important connections to be made between one war and the other.

ZUEHLKE: There is no question that the peace agreement that ended World War I rendered World War II inevitable. But, of course, our politicians of the day failed to recognize this to be the case. So, in most of the democracies, including Canada, we stripped the military back to the bones and then were left scrambling to mobilize a viable military response in 1939. As Peter, Paul & Mary sang—but with an entirely different intention—“When will they ever learn?” Especially as the Conservative government today is merrily stripping back the military even as potential flashpoints, particularly the Ukraine, are occurring around the world.

Mark Zuehlke’s new book Forgotten Victory: First Canadian Army and the Cruel Winter of 1944-45 will be released in October 2014. The following is a summary of the book from publisher, Douglas & McIntyre:

“During the winter of 1944–45, the western Allies desperately sought a strategy that would lead to Germany’s quick defeat. From the Swiss border to the North Sea, hundreds of thousands of soldiers in trenches and dugouts suffered through the bitterest European winter in fifty years, while their generals debated and schemed in the war rooms. In this grim environment, the troops of First Canadian Army engaged in deadly patrols behind the German lines and fought short, sharp, often costly skirmishes to gain control of small patches of contested ground.

After much rancorous debate, the Allied high command decided that First Canadian Army would launch the pivotal offensive to win the war—an attack against the Rhineland, an area of Germany on the west bank of the Rhine. Winning this land would give them a launching point for crossing the river and driving into Germany’s heartland. This was considered the road to victory.

Before the Allies could strike, however, Hitler launched a massive December offensive towards Antwerp, which erupted into the Battle of the Bulge. By the time the Germans were driven back to their start lines, the first thaws had begun. Previously frozen ground, ideal for mobile warfare, had turned to quagmire. Anticipating the Allied attack, the Germans broke dams and dykes to inundate great swaths of the Rhine’s floodplain. Thousands of troops were deployed behind heavily fortified defensive lines and inside the cover of dense forests, such as the sprawling Reichswald.

On February 8, 1945, First Canadian Army launched Operation Veritable. Advancing on the heels of the greatest artillery bombardment yet fired by the western Allies, thousands of Canadian and British troops advanced into an inferno of battle. Under orders to surrender not an inch of German soil, elite paratroop divisions resisted fanatically. With tanks miring in the endless seas of mud, infantrymen were forced to fight relentlessly, alone and often at close quarters, for thirty-eight gruelling and costly days.

For the Canadians who fought there, the names of battlegrounds such as Moyland Wood and the Hochwald Gap would forever call up memories of uncommon heroism, endurance and tragic sacrifice. Their story is one largely lost to the common national history of World War II. Forgotten Victory gives this important legacy back to Canadians.”

One Response to “Victories gone, but not Forgotten”