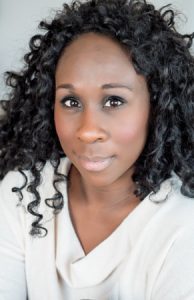 Edugyan’s non-fiction book, Out of the Sun: On Race and Storytelling, is an exploration and meditation on identity, art and belonging. The book offers new perspectives that examine Black histories in art through the lens of visual art, literature, film and the author’s lived experience. Edugyan illuminates the myriad varieties of Black experience in global culture and history.

A graduate of Johns Hopkins University and the University of Victoria, Esi Edugyan is also the author of Half-Blood Blues, Dreaming of Elsewhere and Washington Black, which won the 2018 Scotiabank Giller Prize and was shortlisted for the Rogers Writers’ Trust and Man Booker Prizes. She has held fellowships in the US, Scotland, Iceland, Germany, Hungary, Finland, Spain and Belgium.

Wendy Proverb’s novel, Aggie and Mudgy, is based on the true story of the author’s biological mother and aunt. This novel for young readers traces the long and frightening journey of two Kaska Dena sisters as they are taken from their home to attend residential school. The story begins when Maddy discovers an old photograph of two little girls in her grandmother’s belongings and wants to know who they are. Nan reluctantly agrees to tell her the story, though she is unsure if Maddy is ready to hear it. The girls in the photo, Aggie and Mudgy, were taken from their families at a young age to attend residential school, where they endured years of isolation and abused.

Proverbs is an emerging Indigenous author of Kaska Dena descent. She holds a BA and MA in anthropology from the University of Victoria. Like thousands of Indigenous people across Canada, as an infant she was caught in the sweeping scoop of Indigenous children taken from their birth families and was only reunited with biological family members as a young adult. She has acted as a community liaison with Indigenous communities and strives to help younger generations, both Indigenous and non-Indigenous, learn more about their past. Aggie and Mudgy is her debut novel.

Established in 2004, the City of Victoria Butler Book Prize is a partnership between the City of Victoria and Brian Butler of Butler Brothers Supplies. The City of Victoria Children’s Book Prize recognizes and celebrates exceptional literature for children and young adults. The prize was established in 2008 by the late Mel Bolen of Bolen Books. Additional sponsors include the Union Club of British Columbia, Friesens Corporation, Munro’s Books, Russell Books, Ivy’s Bookshop, CBC Radio, Island Blue Print Co., the Greater Victoria Public Library, Chateau Victoria Hotel and Suites, and Magnolia Hotel and Spa.