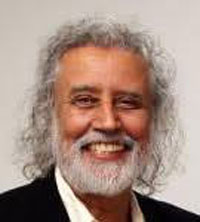 India-born screenwriter, director and producer, Vic Sarin (1945) has written a memoir EyePiece: Adventures in Canadian Film and Television (Durvile Publications + UpRout $35). It covers his childhood years in India after partition, emigration to Canada in 1963 where he started working at CBC, and his vast work in the film business including his recent films and documentaries. Sarin once said that it was the snow that drew him to Canada and he is known for his vivid shots of winter landscapes. An award-winning filmmaker, Sarin has worked on some of Canada’s best known films such as Bye Bye Blues (1989), Whale Music (1994) and Margaret’s Museum (1996). He won an Emmy for his camera work on the documentary Millennium: Tribal Wisdom and the Modern World (1992).  978-1-988824-02-4