Satya Brown stayed in Cuba for 17 years, becoming a doctor, after her chance encounter with Castro. 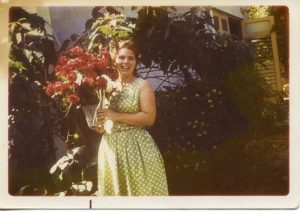 At age twenty, Satya Brown's first-ever conversation in Spanish was with Fidel Castro.

She tells the story of how her father Fred Brown became head of Havana University’s philosophy department after she asked Castro to hire him.

For anyone with an abiding love or interest in Cuba, there are many books about the place–more than ten of which are by British Columbians.

For instance, when an American professor named Maurice Halperin met Che Guevara in Mexico, prior to Fidel Castro’s botched invasion of Cuba, the famously asthmatic Argentinian doctor was impressed by Halperin who was on the run, having been accused of being a spy for the Soviets. They discussed economics. After the revolution succeeded–mainly because the dictator Batista decided to flee and live happily ever after in Spain–Halperin was invited to Havana where he was ensconced as one of the chief economic advisors for heroic Fidel Castro–as much as it was possible to tell Fidel much of anything. After five years, Halperin was disenchanted and left Cuba to teach at Simon Fraser University where he wrote three “insider” books critical of the regime. Similarly, it was a fortuitous, chance meeting that enabled another leftist who lived in B.C., Fred Brown, to be invited to Cuba in order to start the philosophy department at the University of Havana. Eventually Fred Brown would become known as a back-to-the-land idealogue, the subject of a recent biography by Van Andruss, but at the time he had been reduced to teaching kids at a remote school at Telegraph Creek in northern B.C. He was eager to accept Fidel Castro’s personal invitation to move to Havana out of the blue.

It was his daughter who got him the posting… Curious about the idealism of the new regime, Satya Brown arrived in Cuba, at age twenty in 1962, and stayed for seventeen years, as described in her self-published memoir, My Cuban Revolution: How Fidel Castro Changed My Life (Realifepress 2016).

At the outset of her story, she describes the events of her 21st birthday in Havana. After she had attended a concert by the Cuban Symphony Orchestra, squished into a mini-station with five others, she was looking for a restaurant. At that time of night, almost everything was closed and the streets in La Rampa district were empty. Cruising up Calle G., turning onto 23 Avenue, they spotted the only 1960 Chevrolet in all of Cuba–Fidel’s car–parked parked outside a restaurant that was open.

After much discussion back and forth, the group eventually agreed to attempt to enter the restaurant. The expected to be turned away but possibly they just might catch a glimpse of one of the most famous men on the planet at the time. The ever-garrulous Fidel was delighted to meet three Canadians among the sextet, including a very pretty one. After much charming chatter, it was soon decided that Fidel, who fancied himself a great chef and loved to talk about food, should join them all later that same night for a special Jewish meal that was to be made at Satya’s friend’s apartment. It was all very jolly, but as the sextet drove away, they were not expecting to see Fidel Castro ever again.

A few hours later, an entourage of bodyguards waited outside as Fidel and three cronies showed up for the promised meal.

Satya Brown, who had only taught herself Spanish from a book, soon found herself in her first conversation in Spanish with Fidel Castro. “I must admit, my Spanish was never more fluent as that evening,” she recalls. “I rattled on using words and structures that I never realized that I knew and conversation flowed smoothly.”

Fidel stayed for hours, giving advice to the cook, talking incessantly about his plans for Cuba, sharing his dreams. He told Satya he was not pleased with most of his imported Soviet experts; they were ignorant of Western standards. He needed Western advisors who could understand Cuban aspirations. She screwed up her courage and suggested to Fidel Castro that just maybe her father… Fred Brown… who had prestigious degrees from Chicago… could help the Cuban revolution.

On the spot, Fidel Castro decided that hiring Satya’s father would be a terrific idea. He had to remove his feet from one of the chairs because otherwise everyone couldn’t sit down an eat. He hollered that his plate wasn’t big enough. The levity was contagiously amusing. At 36, Fidel presided over every occasion, whether he was making one of his eight-hour speeches or just flirting with foreigners. He and his cronies stayed until 4:30 a.m.

Satya never expected to see or hear from him again. But three days later she received a call from one of Fidel’s assistants. Was she available to discuss details? Pretty soon, around 11 p.m., she received her second visit from Fidel Castro. “I need your parents’ address and phone number,” he said. “Are there any other members of your family that need to be invited.”

Satya Brown had to confide that her parents were living near the Yukon border, without mail or a telephone.

No matter! The great Fidel could overcome a hurdle, large or small. As for credentials, well, one of Fidel’s assistants had read some of her father’s poems that she had given to him; so this was enough. Fred Brown, who didn’t speak Spanish, would be given a nice house in Havana so he could start a new philosophy department for the university. Long live the revolution.

The remainder of Satya Brown’s My Cuban Revolution, which mainly outlines her family life with two children and her professional life as Cuban-trained doctor, is less riveting. It’s a congenial series of recollections, seemingly drawn from memories rather than diaries, seemingly written to ensure her own children understand their origins.

We learn about her adventures setting up a household (it was difficult to do Christmas properly), working as a teacher, attending the University of Havana (where she met her husband), graduating as a physician and marrying a Cuban. The break-up of that marriage, after they both left Cuba, is reported in one curt sentence, unexplained. Satya Brown is very reticent to criticize the Cuban regime, past or present; and her admirable resolve not to say anything that would be detrimental to others tends to weaken her endorsements. In short, this is a book that could have benefited from a professional editor. It is nonetheless an important contribution to our understanding of Cuba chiefly because nearly all books about Cuba are not written by people who lived there for seventeen years. Satya Brown left Cuba in 1979, gained a low-level position as a resident at Vancouver General Hospital in 1980, and eventually passed her B.C. medical exams in order to open a new practice in North Delta. Her ex-husband Luis, also a doctor, moved to Miami, and she happily remarried John Doerksen in 1984 (“we are in our 32nd year of honeymooning”).  Now retired after a 30-year medical career in B.C., she lives in Vancouver, much concerned about climate change.

3 Responses to “Fidel and me”