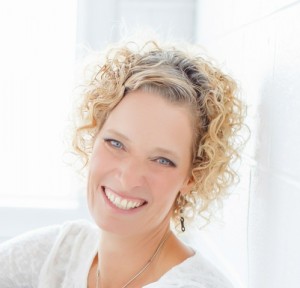 Born in Moose Jaw in 1969, Abdou made an extraordinarily literary debut with her collection of stories, Anything Boys Can Do. The atypical title story described a woman watching her young nephew compete in a brutal championship wrestling match, almost losing his eye. More frequently, Abdou described young women exploring beyond traditional limitations, including monogamy. A father introduces his daughter to a golfing buddy. “This is my daughter. She’s a Buddhist. This week.” Overall, there was an alluring combination of tomboy-ish bravado and sophisticated humour. “Why is it that nobody in GAP World ever gets a cold sore?” But there’s more to Abdou than brisk asides and clever dialogue. In ‘Bruised Apples’, a childless and uninspired academic leaves home to work in a friend’s orchard and to collect her thoughts, only to conclude her marriage is worth saving.

In Abdou’s first novel, The Bone Cage, Digger, an 85-kilo wrestler, and Sadie, a 26-year-old speed swimmer, are nearing the end of their athletic careers but striving to win a gold medal at the Olympics. They are racing against time as their bodies will soon no longer allow them to compete at the top levels of their respective sports. The novel was completed while Abdou was still swimming competitively at the Masters level. She began competitive speed swimming at age four. The Canterbury Trail is Abdou’s novel about a ‘mishmash of snow enthusiasts’ that includes rednecks, hippies, and a real estate developer high on mushroom tea, who make the trek to a remote backcountry cabin. “Our aim each year is to bring a diverse group of authors and publishers to Nelson, as well as to showcase area talent, in order to demonstrate the continuing vitality of Canadian writing,” said Krauss.

“That’s why we’re naming our theme this year ‘Intersections’: a chance to appreciate what happens when different literary geographies and perspectives meet.  Festival-goers are in for a wonderful time when they take in such a broad spectrum of achievement.”

Most festival events take place this year at Hart Hall (the former Anglican Church hall), except for a session featuring Wachtel and mystery writer Gail Bowen, winner of the Arthur Ellis Award for best crime novel and named by Reader’s Digest Canada’s best mystery novelist, which will be held at the Capitol Theatre. A rancher and professional breeder of horses, Garry Gottfriedson is the son of Aboriginal parents who were both at the forefront of community activism in the era of George Manuel. “When you’re born Indian,” he says, “you are born into politics.” After living in the bush for eight years, Gottfriedson attended literary readings at the home of Jeannette Armstrong and at the En’owkin Centre in Penticton. After Armstrong submitted some of his poetry to a writing competition without his knowledge, he was awarded the Gerald Red Elk Creative Writing Scholarship by the Naropa Institute in Boulder, Colorado, where he studied under Allen Ginsberg, Anne Waldman and Marianne Faithful. “I didn’t even know who Allen Ginsberg was,” he says. “When I got there I was shy. I was this bush Indian. I had hair down to my knees. I didn’t speak to anyone outside my culture.”

Gottfriedson has since gained his MFA in Creative Writing from Naropa and Masters in Education from Simon Fraser University. Born and raised in Kamloops, he has taught at Cariboo College and served as a councilor and consultant for the Kamloops Indian Band. Gottfriedson’s historical work, One Hundred Years of Contact (1990), was followed by In Honour of Our Grandmothers: Imprints of Cultural Survival (1994), a four-way collaboration that included Cree artist George Littlechild, as well as Glass Tepee (2002), a poetry collection that contains cryptic and and lyrical perspectives based on his Secwepemc heritage. Owl dance at Dukes / when the powwow season ends / wrapped in wannabe white girl clothes / labatts & between the sheets / they go all out / all the way / to the bee sting / arms slide around the shoulder/ of the smiling drunk / Mary Kay caked faces forget / that home is a mountain of people / sitting in bunch grass / puffing on Red Stone / sending pitiful words / into the air / hoping / for a Round Dance.

Along with his brother, who raises bucking horses for rodeos, Gottfriedson maintains the family tradition of breeding quarterhorses which he sells buyers throughout North America. Fluently bilingual, he has developed his own teaching method for the Shuswap language, one that requires physical responses to learning individual words.

Besides readings and talks by invited guests, the festival includes an opening gala July 10 featuring offerings from the Nelson Brewing Company and BC Wine Guys.

A festival Gold Pass — admission to all festival sessions, including those at the Capitol and Civic theatres — is $100.  Prices for individual sessions, information on how to register for the youth storytelling workshop, as well as other details including how to purchase tickets, are available on the festival website, www.emlfestival.com