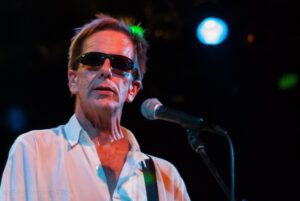 Now a new biography questions why the music business ignored Bergmann despite his indelible body of work.

One of Canada’s greatest mysteries—on a par, perhaps, with the Oak Island money pit or why anyone would willingly eat at Tim Horton’s—is that singer, songwriter and guitarist Art Bergmann has never been granted a level of public acceptance commensurate with his raw talent as chronicled in The Longest Suicide: The Authorized Biography of Art Bergmann (Anvil Press $24.95). 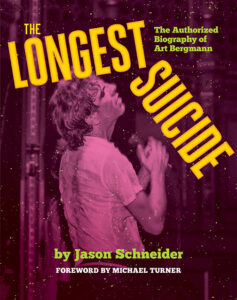 It is an unanswerable question, but music journalist Jason Schneider has made a game try at parsing Bergmann’s early and middle years, beginning with his formative experiences in the Fraser Valley, highlighting his emergence in the uniquely isolated and tight-knit Vancouver punk scene of the late 1970s, and moving on to his ultimately ill-fated time in our country’s showbiz capital, Toronto.

There are gaps in the chronology. Most notably, Schneider sprints through The Longest Suicide’s final chapters, somewhat shortchanging Bergmann’s self-imposed exile in Alberta and his unanticipated return to form, in his 60s, with three potent and powerful albums of emotionally invigorated social commentary, Songs for the Underclass, The Apostate, and Late Stage Empire Dementia.

Also regrettable is that title. No doubt Anvil Press felt it appropriate, given that illness, injury and addiction had brought Bergmann to death’s door more times than even the hardiest feline. But The Longest Suicide was announced at roughly the same time that the musician’s wife, muse, and de facto manager, Sherri Decembrini, died in the couple’s home as the result of a fall. Bergmann’s friends effectively mounted a suicide watch following the March 20, 2022 accident, knowing how devastated he would be; for many, the book’s name seemed in the worst possible taste. 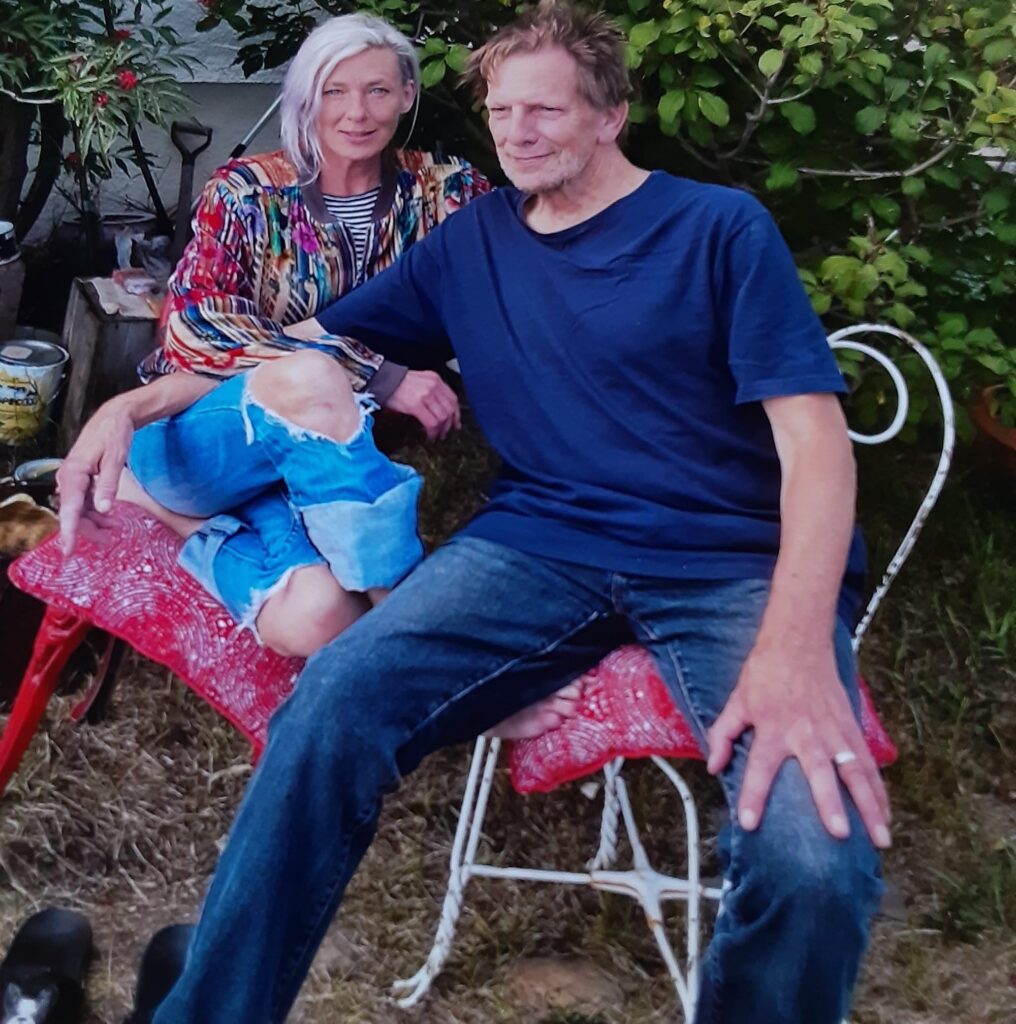 Art Bergmann with his late wife, Sherri Decembrini, at their home near Airdrie, Alberta.

According to reports from a recent memorial for Decembrini, Bergmann is bearing up surprisingly well, but the astonishingly intimate song and music video he recently dedicated to his late partner, “Death of a Siren,” finds the singer breaking into tears at his kitchen table as he remembers their union. Frankly, it left me a little teary as well.

While The Longest Suicide isn’t entirely the book Bergmann’s admirers wanted to see, it is better than expected. Much better. Drawing heavily on Bergmann’s friend and occasional bandmate John Auber Armstrong’s memoir Guilty of Everything (New Star, 2001)—itself enjoying an expanded and updated reissue this fall—Schneider does a fine job of conveying the peculiar mix of post-hippie debauchery and pre-punk abandon that Bergmann grew up within. (He does, however, bungle some of the finer points of Vancouver cultural trivia—calling the apolitical hooligans of Vancouver’s Clark Park Gang “revolutionaries,” and labelling radio-rockers Prism “prog.”) 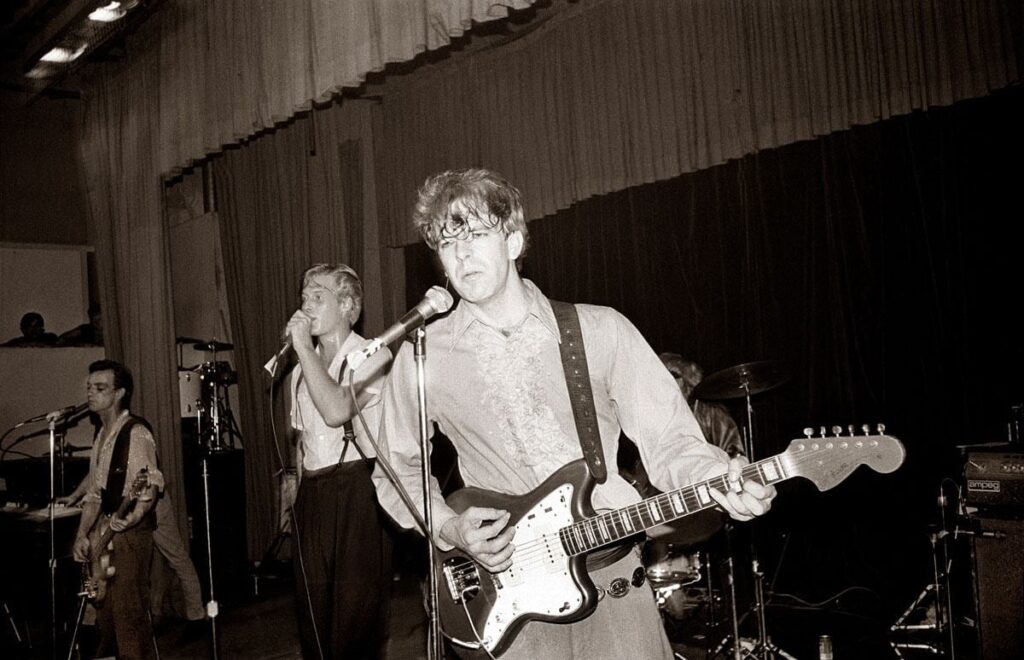 Art Bergmann with the band Los Popularos in 1981. Photo by Gord McCaw.

Where Schneider’s biography shines—and this is not surprising, given his co-authorship of Have Not Been the Same (ECW, 2001) a survey of alternative rock in Canada, and his Whispering Pines: The Northern Roots of American Music from Hank Snow to the Band (ECW, 2009), a review of Canadian contributions to the “Americana” genre—is in its coverage of Bergmann’s middle years. Conducting a near-mythic and decidedly Sisyphean struggle against record-company indifference, ill-conceived production strategies, and his own bad decisions, Bergmann created an indelible body of work and established himself as a Canadian counterpart to Lou Reed or David Bowie. This is not hyperbole: his songwriting holds up, even if comparable fame didn’t follow. 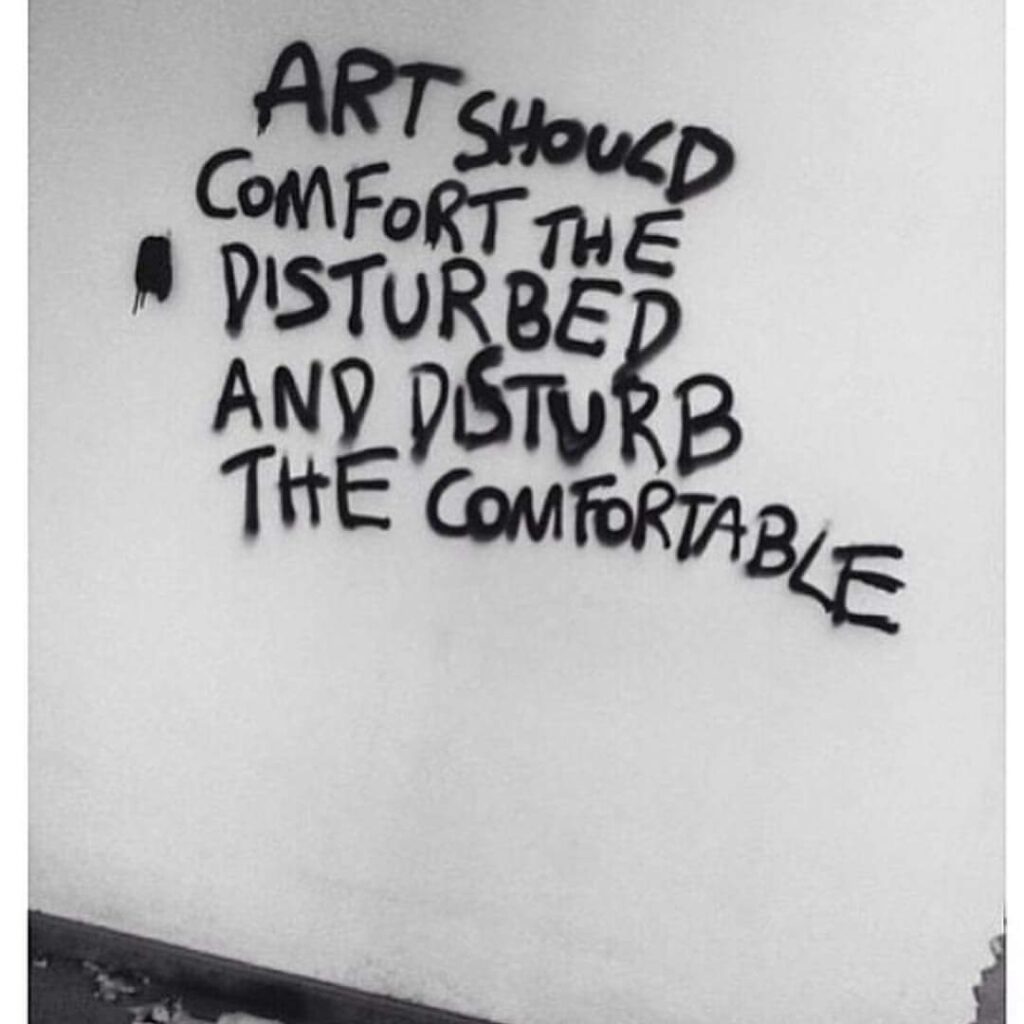 Schneider could have spent more time exploring Bergmann’s lyrics, although his succinct origin stories for some of Bergmann’s most memorable songs are valuable. Retitle his book Art Bergmann Versus the Showbiz Weasels, or something like it, and I’d have few complaints. But Bergmann’s years of exile in Alberta, his successful battle to rekindle his creativity despite crippling osteoarthritis, his literary influences and the contents of this uniquely well-read songwriter’s bookshelves likely hold more human interest than this over-familiar story of Canadian corporate myopia. Nor is there any serious discussion of Bergmann’s turn towards anti-colonial and anti-capitalist thought in his recent work. What led him away from bitter self-analysis and towards chronicling the sad death of an Indigenous residential school escapee (“The Legend of Bobby Bird”), the malignant power of the Christian right (“Christo-Fascists”), and the excesses of American imperialism (“La Mort de l’Ancien Regime”)?

Regrettably, Schneider has also failed to interview many of Bergmann’s latter-day collaborators. It would have been valuable, for instance, to have heard from Neko Case co-writer Paul Rigby and Jann Arden bandleader Russell Broom, whose creative guitars and clear-eyed production input have greatly amplified the songwriter’s innate power. 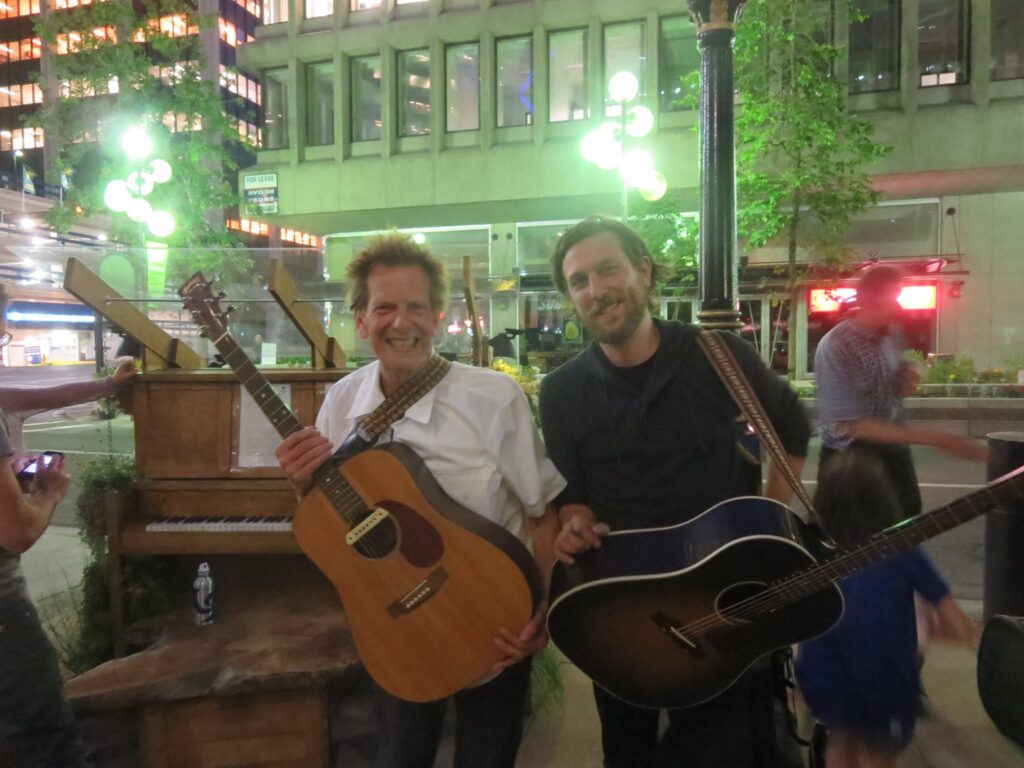 The lasting impression from The Longest Suicide is that Bergmann’s life and career are winding down. If true, this would be understandable, but it’s too early to make that call. Far from being “a never-was trying to be a has-been,” as he memorably described himself in 1990’s “Bound for Vegas,” Bergmann has recently done some of his best work and has even been rewarded for it. In 2020 he was inducted into the Order of Canada. Who would have seen that coming?

My bet is that the old guy still has some life left in him, and that there’s room for a more comprehensive Bergmann bio on any music-lover’s shelves.