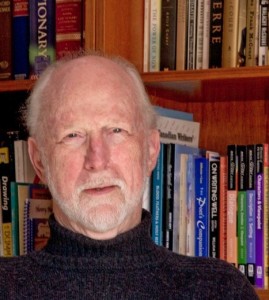 “There is no fast and easy way to become a published author.” — Ben Nuttall-Smith

After Ben Nuttall-Smith (at right) self-published a memoir and three books of poetry, a B.C. publisher accepted his first novel and then also suggested turning his memoir into a novel by changing names and places. Now Nuttall-Smith has provided an overview about the perils, pitfalls and practicalities of self-publishing.

Okay, so you think you have written a book and you’d like to get it published. You’ve heard so many discouraging stories about finding a publisher that you’re ready to give up before the rejection letters pile up. You’ve heard exciting stories about doing it yourself so you decide to self-publish. Here is some advice.

1. How to Recognize a Publishing Scam

Many book publishing websites are aimed at novice writers, who are eager to become “published authors.” “We’ll turn your book into a bestseller and sell it on Amazon for a small reading fee.” Vanity publishing charges authors a fee to have their works published. Vanity publishing is not legitimate publishing. It is not even self-publishing. Rather it’s expensive and the ploy is to get you hooked. Such publishers will sell you add-on services and you’ll pay way more than you would if you went to a legitimate editor and had your book designed by someone qualified to help. Also, you’ll pay many times more per copy than you would with a commercial printer.

If you sign a contract with such a company, you will never be able to take back your manuscript to have it self-published or trade-published.  Also, you’ll never be able to use your vanity book as a means of getting a real publisher interested in anything else you might write.

Reputable publishers will not ask for money to read your manuscript. If they like what you’ve written and decide to publish you, they’ll work with you and hope to make their money when your book is printed. Even then, the author will be required to do much if not most of the promotion and sales work. There is no free ride.

There’s nothing wrong with companies or individuals selling writers services such as editing, book design, printing, publicity and so on. If you are self-publishing, then you will have to pay these costs. Most authors who have self-published eBooks will tell you the process of listing and selling books on Amazon is simple and costs nothing.  If you’re unsure, Google “company name – publishing scam” and see what other writers have to say.

I began writing my memoir when I retired more than twenty years ago. I wrote and rewrote and cut and wrote more until I thought I could go no further. Writers I know share chapter-by-chapter with their friendly writing circle. After the first ten years, I shared mine with my spouse. I asked her to be my most critical reader and she complied. The process was a work of love and it took months. I was surprised and humbled by the many suggestions she made. “I don’t understand this.” “You’re repeating yourself.” “This is not what you said on page 237.” I followed her suggestions page by page. Then we both read through it again.

A good manuscript can take years to complete. When I thought I was ready, I sent out query letters with sample chapters to publisher after publisher. Within a year and a half I had more than 35 rejection letters. Those were from the publishers kind enough to respond.

I read online advertisements by a number of “independent” publishing companies who were only too willing to take my money and help me reach my dream of becoming a “published author.” I decided to go with Trafford. Author Solutions owns the AuthorHouse, Trafford Publishing and a full set of variously named “publishing houses.” To save money, I did my own layout and designed my own cover.

Within a year I knew I needed to rewrite. I did, and republished. Unfortunately, Trafford kept promoting the old edition, even converting it to an eBook. As time went on, I began to see more badly written books published by such companies, which caused me to regret being in the same crowd. It would take countless emails and letters and several years to get them to withdraw my file.

Next, I wrote an historical novel about Mexico and was determined to find a legitimate publisher. This book required extensive library research and three trips to Mexico. Once more my wife became my primary editor and I went through several rewrites. Characters changed names and some had to go.

Thanks to my experiences with my memoir, I knew I had to find a good story editor. Since I’d written a historical novel, I needed an editor who knew the genre and was even willing to fact check where he or she had doubts. I wouldn’t want to be tripped up by an irate reader later on.

The story editor was very thorough. We went through the entire manuscript twice. It’s a bit like plowing and harrowing. First dig deep, then smooth into place. She suggested both deletions and additions. The outtakes went into my scrap file for future consideration.

What did all of this cost? At that time, 114,000 words x 2 came to just over $3,000. Since my name would be on the finished work, I considered the editing a worthwhile expenditure.

I asked some of the published authors I’d befriended over the years to read my manuscript. I’ve had fellow authors blurb (endorse) all my books and I will forever be indebted to every one of them. I have since endorsed other new writers. It’s all in the family and good promotion. My name appears on other book jackets and people might look for my books.

I have self-published three books of poetry as well as the memoir with Trafford. In each case, I examined a number of published books and copied the opening pages:  inside title, copyright page, dedication, index, introduction or prologue.  Selecting a six-by-nine inch book size, I contacted a book printer in Victoria to find out about margins and spacing. I found Printorium Bookworks to be very helpful in this regard. Next, I googled the Canadian ISBN Service System and was given a series of numbers for my own use. I found a barcode generator on line with instructions to insert an ISBN number.

With everything else ready, I had a most important task left. I needed to design a worthwhile cover. The cover had to be eye-catching and it had to tell my story, at least in part, with one image. If the cover doesn’t catch potential readers’ eyes, the book will sit on a shelf until the author is asked to take the book back. Since I also paint, I produced several illustrations for each book before deciding on a suitable cover.

I went with Printorium Bookworks print-on-demand. This way my costs were reasonable and I was not obliged to purchase more copies than I could handle. A proof copy was in my hands within three days and, once I had read through from cover to cover, I gave the go-ahead and had my copies within another week.

Here are a few pointers:

— Develop a web page. Be colourful. A blog can be a great help. This should be undertaken when you first begin writing. That way you’ll build up a following, especially if you’re not too shy to share your trials as well as your triumphs.

— Open a Facebook page and build up friends and likes. These people will be there when your book comes out.

— Join a writing group. Become involved. Volunteer. I found my two publishers (they found me) through my involvement in Writers Helping Writers. I would recommend joining your provincial organization and the Canadian Authors Association – you do not need to be a published author to join.

— Attend book launches and readings. This will pay off when you need to organize your own book launch.
5.Attend workshops. The Federation of BC Writers organizes several each year throughout the Province of British Columbia.

— Attend writers’ conferences such as the Surrey International Writers’ Conference each October.

— Carry bookmarks wherever you go and give them out like candy.

— Make sure to have copies of your book in the car and don’t be shy to talk about your book. It’s called shameless self-promotion.

— Get working on your next book.

There is no fast and easy way to become a published author. It takes time and effort to learn the craft of writing. The most important point: Rewrite those stories and polish them until they are perfect, then find a good editor.

[Ben Nuttall-Smith is the president of the Federation of BC Writers and the author of the historical novel Blood, Feathers & Holy Men (Libros Libertad, 2011) and the autobiography Secrets Kept/Secrets Told (Libros Libertad, 2012). In 2013, he published two books of poetry, A Moment in Eternity and Postcards (Silver Bow Publishing). His poems and short stories have appeared in numerous national and international anthologies and online publications.]