Uneasy rider on the Dease

A novice canoeist gets snagged by sex on a B.C. river. 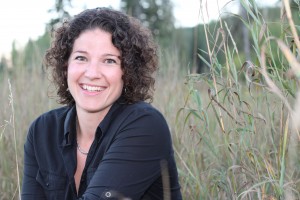 Gilliam Wigmor'e Grayling will be one of 50 new B.C. fiction titles in the next B.C. BookWorld.

There is a longstanding Canadian practice that when things get too messy, painful and intensely complicated, we head for the bush. Our preferred compass point is N. This rite of passage is evoked in Gillian Wigmore’s new novella, Grayling (Mother Tongue $16.95), a runner-up in Mona Fertig’s annual ‘search for a great Canadian novel’ contest, and reviewed here by Caroline Woodward.

To clear the head, cleanse the soul and toughen our bodies, we Canadians often like to go north and add the element of water. As we are thoughtful Canadians in anguish, we typically choose one of the non-winter seasons to launch ourselves in our iconic canoes.

We proceed to do battle with epic numbers of blackflies and mosquitoes, coping with clouds of no-see-ums, lost bait and blackened frying pans. Large mammals make their presence known but except for Marion Engel’s novel Bear, most of us tend to leave other species discreetly alone.

A long list of our writers have made eloquent contributions to what might be called the Canadian Transformative Journey genre. In the case of Gillian Wigmore’s Grayling (Mother Tongue $16.95), the protagonist heads north to Dease Lake.

Wigmore doesn’t let us know how exactly he got there—or why. Prior to page one, having overcome a major health scare, Jay, a city veterinarian, has first reached Terrace on Highway 16 and moved east to Kitwanga, turned and headed north on Highway 37, and found Dease Lake.

Why he wants to undertake a solo, two-week canoe and fishing journey into the Dease River (which empties into Liard River, which leads to the great Mackenzie and the Arctic) is also not made clear.  He’s been unwell, he’s still unhappy and he’s no Boy Scout. He only takes along a road map, not a topographical map. He plans to catch a grayling, he doesn’t plan to snag a girl.

Enter a tall, competent woman on Day One who saves his hypothermic bacon. In fact, she offers bacon, coffee and tobacco and wants to join him. He’s not thrilled but he owes her and off they go in the same canoe. Their intimacy grows—but for what purpose?

Grayling is a page-turner that wears its dense layers lightly. Wigmore’s pitch-perfect language and brilliantly-paced unspooling of the plot (think fishing line, dancing here and there on the surface, then trying another lure for tugging through the depths for the eponymous prize, the Arctic grayling, then think of several tangled, strangled lines) makes for a deceptively slim book that packs a mighty wallop.

The cover is exceptional and worthy of commendation. The publisher has commissioned an evocative painting of the locale called Dease River, 2013 by Prince George-based Annerose Georgeson.