Claudia Casper’s The Mercy Journals is a post-apocalyptic novel about life after a third world war has been waged due to a water crisis. One of the few survivors, Allen Quincy, is an ex-soldier nicknamed Mercy who has participated in a genocide on the Mexican border. He goes on a long journey to find his children. 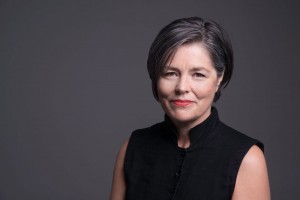 Claudia Casper's new novel explores the horrors to come in a Trump-like world.