In the footsteps of Emily Carr 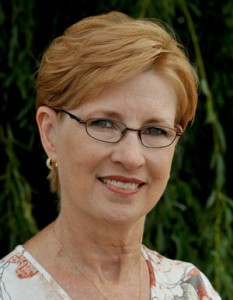 LAURIE CARTER WILL GIVE A PRESENTATION ABOUT HER BOOKS ON EMILY CARR’S TRAVELS AND A READING AT THE PACIFIC RIM ARTS FESTIVAL, AUGUST 29 & 30 IN UCLUELET AND  A READING AT EMILY CARR HOUSE IN VICTORIA ON SEPTEMBER 17.

On her forays, Emily Carr mostly explored the cultural world of First Nations; a world that many at the time thought was a dying culture. The imagery Carr found in these often desolate and under-populated indigenous villages played a major role in her body of work. It eventually led to her posthumous reputation as an artistic icon not only nationally, but internationally as well, based on a recent exhibition of her paintings in England in 2014, almost 70 years after her death.

“I’ve trailed Emily for more than 20,000 kilometres to some of the best-known destinations and remotest outposts of British Columbia,” says the Okanagan-based Laurie Carter. “But my journey was usually a lot more comfortable and I’m sure I raised a lot fewer eyebrows than a woman travelling alone over a century ago with just her art gear and a little dog.”

Carter realised she had enough rich material to fill not only one but three books. She published her first of a three-part series in 2015, Emily Carr’s B.C.: Book One, Vancouver Island (Little White Publishing $24.95) that covers Carr’s life and travels from Victoria to Quatsino Sound. The book includes maps tracing the routes taken by Carr, plus historic and modern photos to complement Carter’s narrative. Emily Carr in Haida Gwaii with her dog Billie, 1912.

“As a travel writer and dedicated Emily fan,” says Carter, “I wanted to see what drew her to those remote places, how time had treated them, and to learn more about her home life.”

“Carr made two great expeditions to these regions, in 1912 and 1928, both hard on the heels of pivotal developments in her career,” says Carter. “I was curious to see what drew her to the far off villages of the Tsimshian, Gitxsan, Nisga’a and Haida at these key points.”

Carter will be reading from this second installment at the Kelowna bookstore, Mosaic Books, on July 30 from noon to 2 p.m.

In her publicity for the new book, Carter says walking the artist’s path, with the guidance of Carr’s own words and paintings, has given her a pretty good idea—not only about the woman, but about her times and their impact on modern society in this province. “I’ve met fascinating and talented people, marvelled at unparalleled scenery, and found yet more reasons to regard Emily Carr as an inspirational role model for our times.” Laurie Carter standing beside a statue of Emily Carr in Victoria.

A third and final book will cover Carr’s travels to the Cariboo and Okanagan regions and is scheduled for release in spring 2017.

Laurie Carter has lived in the Okanagan Valley since 1991. She has a degree in Canadian history from the University of Toronto. In addition to Emily Carr’s B.C., she is the author of Grandma Wears Hiking Books: A Personal Guide to the Okanagan Valley (Little White Publishing, 2010) and co-author of Gifts of the Okanagan. Her travel stories and photographs have appeared in publications ranging from airline magazines to Sunday papers, and been recognized with many travel media awards.