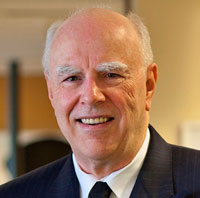 If you care deeply about B.C., a visit to the Audain Art Museum can be exhilarating. This new $43.5 million facility proves that our artistic output—just like our province’s literary output—is vibrant, prescription stupendously original and prodigiously alive.

We don’t need to take second place to anyone. People from all over the planet can now see the proof in an afternoon.

Not only have Michael Audain and his wife Yoshi Karasawa miraculously bought nearly all the artworks on display, about it they have generated enough support from co-believers to share their art in a fabulous facility (free admission to humans under age 16)—and they have performed this public service with zero help from the provincial or federal governments.

The Audain Art Museum is so new there aren’t any directions yet to find it in Whistler village; let alone a single promotional sign along the Sea to Sky Highway.

Our Squamish-based correspondent John Moore sends this report on the museum and a new book about it by Ian Thom.

But do yourself a favour—see it for yourself. — A.T. Collecting art can become a passion more powerful, and more persistent, than the often erratic drive to create it. Artists suffer creative blocks, endure fallow periods, detour up stylistic back alleys that waste precious energy and time before proving to be dead ends.

Less ego-driven, more objective, collectors have the luxury of picking and choosing what their judgement and taste tells them is the best of a field that is as wide as the human imagination. Some collectors have been as willing to starve as the artists they admire in order to posses a work that nourishes the soul.

Michael Audain got the collecting bug when he was a university student, buying prints on an undergraduate budget to feed his Art Monkey.

Audain was also lucky to find a woman, his wife Yoshi Karasawa, who shared and encouraged his passion for art instead of pointing out that they could have bought a villa in the south of France for what some of these pieces cost.
Together they assembled an unrivalled collection of works by British Columbian artists that spans more than 200 years, a collection unique in its tight regional and historical focus. Inevitably, Audain and Karasawa hit the wall that lurks in wait for serious collectors; having spent a lifetime assembling a world-class art collection, what do you do with it? Sit back and bask privately in the reflection of your own impeccable taste?

No, you want to share it with others, with the world at large. You could donate it to an established national or provincial gallery, which will be very grateful but will also reserve the right to dismantle your collection and exhibit individual pieces in whatever context they choose.

For people who have invested a huge personal stake in creating a focused collection, this is the equivalent of being drawn, quartered and eaten alive by arts bureaucRats.

As a developer, Michael Audain is no doubt familiar with the business adage, “Go big, or go home.” He and Yoshi opted to go big; to create a museum that would maintain the integrity of a collection that represents their lifelong work together, their vision of the art of B.C., while entertaining visiting exhibitions from international artists as well.

Audain approached several municipalities with a proposal that they might provide land at a nominal cost for such a museum. While some fudged, hemmed and hawed, market-savvy councillors in Whistler pulled the trigger and Whistler, a resort where British Columbians and visitors from all over the world gather, is actually the ideal location for such a culturally significant regional institution.

The Audain Art Museum opened to the public March 12, 2016 taking only three years to build from design to opening; light-speed to observers, but slug-speed to a seasoned developer.

“You feel it’s quick. I think it’s taken a rather long time,” Audain remarked to a reporter, noting he’d planned for it to open six months earlier.

It was worth the wait. Whistler provided one of the last pieces of forested land in the Village and award-winning Vancouver architects John and Patricia Patkau slipped a building in among the trees that combines the vaulted, snow-shedding and light-seeking space of traditional European alpine design with the contemplative austerity of a Japanese temple.

Like a classic Japanese temple or villa, the building is slightly raised, seeming to float among the rich green natural, yet always changing and mysterious, environment evoked by the works it contains.

The book, Masterworks from the Audain Art Museum, Whistler (Figure 1 $45), is much more than just a pumped up brochure or deluxe souvenir. Ian M. Thom, senior curator, historical, at the Vancouver Art Gallery, does a thoroughly professional job of describing the 59 photographic plates that provide a sampler of the Audain Collection. If Thom sometimes sounds like the anonymous authors of catalogues for famous British auction houses, he must be forgiven, since precise physical descriptions of art works is the core mandate of his job, and he always adds a few lines of a more personal and evaluative nature to his commentaries.

Whether he has produced a definitive guide to not only the museum but to the history of art in B.C., may be a matter for loud beery debate and possible fisticuffs in artistic circles, but he has done a fine job of providing a scholarly and insightful look at the core works of the Audain Collection.

The plates from various sources, are invariably superb, which makes it all the more obvious that sculptural works—old First Nations masks and objects and newer works like one of the smaller versions of ‘Killer Whale’ by Bill Reid or the James Hart wall-size ‘Dance Screen’—works that are three-dimensional—retain much of their power when reduced to two dimensions by the camera lens, while the effect of originally two-dimensional graphic works, whether by Emily Carr or the homo-erotic paintings of Attila Richard Lukacs, actually seem to be drained of some of their emotive power in reproduction.

It should be noted that the Audain Art Museum is a much larger exhibition space than anticipated, big enough to accommodate travelling exhibits. To get the ball rolling, Audain  and Karasawa have provided a stupendous array of art from their own collection of works by Diego Rivera and three other important Mexican artists who were muralists.

The Audain Art Museum has now announced it will serve as the only B.C. venue for Masterworks from the Beaverbrook Art Gallery, opening June 18 for a three-month visit.

When one leaves this museum, it is jaw-dropping to realize there has to be a story behind the acquisition of each and every magnificent work of art.

Audain and Karasawa deserve our admiration and our gratitude.

John Moore regularly writes for BC BookWorld from Garibaldi Highlands, near Squamish.