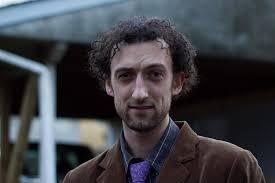 Perhaps the best way to introduce nomad-poet Jordan Mounteer’s first collection, liminal (Sono Nis $15.95), is to report one’s initial response could likely be, “Hey, this guy can really write!” Intensity shimmers in nearly every line, “As if a hammer over and over / has bent my need to be alone / upon itself.” A world traveller (Japan, East Asia, East Africa, South America, New Zealand) housed in the Slocan Valley upon publication, Mounteer is also a veteran tree planter who has been shortlisted for the CBC Poetry Prize, the Montreal International Poetry Prize and the Malahat Review‘s Open Season Award. His prose articles on-line are poised, skilfully feigning ease, and there is a restless energy in his poems, marinated in an extensive vocabulary, rejoicing in “The rendered decay of mangoes in the alley.” He is both a thinker and a sensualist.  While in Thailand he writes, “Years from now it’ll be easier to decipher / you tell yourself. Where you veered away from / your likely futures, and why. By now you’ve diagnosed / each foreign city, train station, and insomnia / as a quarantine, a way to remission the malady / Baudelaire once coined the horror of home–.”