There has always been a housing crisis 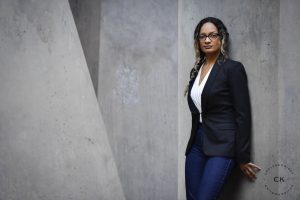 Word Festival director Chelene Knight reinforces the idea that houses are anchor points in our lives.

There were times when Chelene Knight slept in her shoes in case her mother might tell her to leave in the middle of the night. 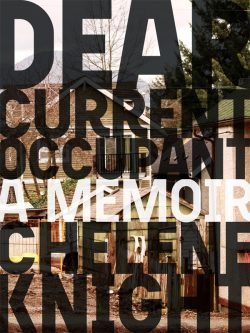 Amidst the swirl of media reports of rising housing prices, empty houses, and increased property taxes, Chelene Knight’s Dear Current Occupant: A Memoir offers a rare and nuanced view of what the actual role of housing in a city should be — to provide a sense of home. Knight, a Vancouver writer, asks “What was it that made a house a home?” (p. 30) as she opens the front door and allows us to see into her many East Vancouver childhood houses.

Knight’s houses are not show-ready and professionally staged homes, but houses that people actually lived in with holes in the roofs, peeling linoleum, and door knobs missing. She allows us to peer into the kitchens to witness drug addiction, into bedrooms with glimpses of sex work, and into closets containing her childhood book collection and “four dresses and two pairs of red shoes.”

Through essays, short letters, poems, and photographs, Knight reinforces the idea that houses are anchor points in our lives. She takes the reader intimately into her life to detail the pivotal and often poignant moments that occurred in her own houses. It takes courage to write so honestly. While she does not hold back in her vivid and dark descriptions of where she lived, she also captures moments of joy in her childhood, for example her mother’s laugh and a ring that her Uncle Eugene gave her. She taps into our greatest desires to feel safe, sheltered, and to belong, but at the same time she illustrates how difficult it is to attain those essential human needs when you are poor, black, and female. 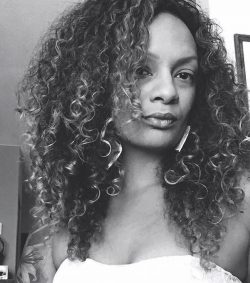 Knight divides her text into nine sections, each with a distinctly different style and voice. Unlike more traditional memoirs, which are told with a chronological focus, Knight’s work is true to the fragmentary and fleeting childhood memories of the homes she grew up in. Her text does not need to be read in a linear fashion. The reader can dip in and out of the sections profitably. Knight’s love of reading and her desire to write in order to understand her world provide a through line to the memoir, and her collection of books and her ongoing journals, which spanned the various houses she lived in, provide the home she longed for.

In the opening section, “Prologue,” Knight sets the context for the memoir by illustrating all that her mother taught her about being a woman and being black. Her relationship with her mother gradually unfolds as she details both their connection and lack of connection. While her mother is often absent in Dear Current Occupant, it is clear that she loves her daughter fiercely and that Knight learned about herself from her mother’s absence as much as from her presence.

The middle section, “Cracks in the Sidewalk,” is a collection of photographs of the places she lived, taken in the present day, as well as a walking tour map of a small section of East Vancouver. Reading backwards and forwards, Knight provides enough clues in her vignettes and poems to allow the reader to match houses and apartments with the photographs, though it is not clear why the Clark Drive intersection is photographed four times. 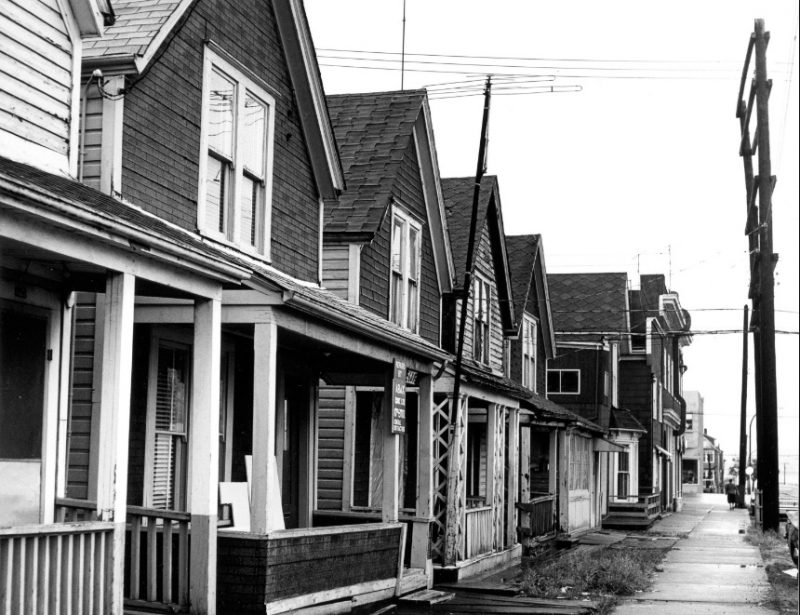 While Knight acknowledges that the memoir can be received as a tragic tale of a child growing up in precarious living situations, what stands out to me is her ability to capture or revive a child-like attention to details, such as building a fort, wrapping a chain of buttercups around her hair bun, and duct-taping a dividing line down the bedroom she shared with her brother. Yet she is able subtly to draw attention to social issues including racism, poverty, and addiction, such as when she describes sleeping with her shoes on in case her family had to leave in the night, or the pain of leaving her books behind when they left at a moment’s notice.

The style of the text shimmers. It is hard to define it as poetry or prose. But ultimately definitions do not matter because Knight has captured the way memory works. Some moments are fragments of her connection with her mother, as in “The Eyes Have it,” while others are fully formed, as in “Mama, You Need to Know some Things,” in which she details leaving home at eighteen and reflects on her childhood, and on how she gathered the strength to create a new future for herself. It is in the slivers that we can piece together Knight’s childhood in Vancouver, but we do not need all the detail because the spaces and silences give us room to insert ourselves. Perhaps we are all shaped by unacknowledged moments in the houses that we grew up in.

Knight closes the text with Endnotes, a section containing four pieces of prose that provide further context for this memoir. It is as if she knows that a reader might ask, after the Prologue, “Wait! I have a few questions!” Part of me wanted to be left with my own thoughts, but Knight reasserts her point here that she is not to be pitied. “Transformation is essential as it relates to childhood,” she writes. For her, coming to that transformation required revisiting the sites of pain in order “to fill those cracks with gold” (p. 123). 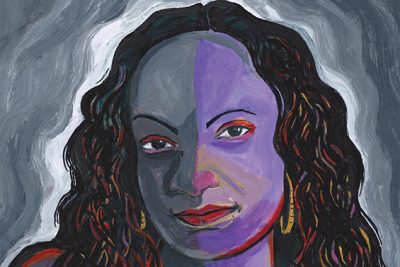 In Endnotes she also challenges the unwritten assumptions of who a house is for — the white, heteronormative family. She hints at this throughout Dear Occupant, but addresses it head-on in “Black and Female while Writing,” where she draws attention to the fact that she is often asked to prove her “blackness” in response to invasive questions and to strangers’ desire to know her ethnicity. Questions about ethnicity and parentage chip at a person’s sense of home, erode her sense of belonging, and privilege those who fit the social norms. This is an important reminder to Knight’s readers that there is more than one way to make a home, more than one way to make a family, and that everyone deserves a sense of belonging.

In “Never Sure How the Word Dad,” Knight wrestles with not knowing who her father is, except for the small detail that they both like “massive amounts of pepper on [their] over-easy eggs” (p. 120). Here, Knight subtly reinforces the fact that home is more than just a roof overhead: it is feeling that you belong to the wider society, as well as to a personal matrix, and that you know where you are from. Dear Current Occupant gives voice to the desire for home in all of us. 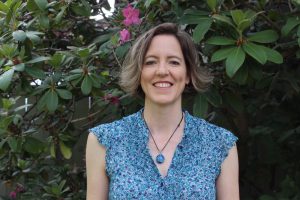 Jennifer Chutter is a Ph.D. Candidate in the Graduate Liberal Studies Program at SFU. Her Ph.D. research is tentatively titled “Palimpsests and Place-making: An Exploration of Vancouver as Home.” She is exploring ideas of urban development through the lens of story-telling by looking at how people tell stories about their neighbourhoods and houses. Her areas of research include urban studies, performance studies, gender history, and legal geography. She holds an MA in History from SFU; her thesis is titled “What’s so Special about the Vancouver Special?” Jennifer has spoken at numerous conferences and given public lectures about ideas of home, place-making, belonging, urban change, and our attachments to material objects.