Children of the Kootenays: Memories of Mining Towns 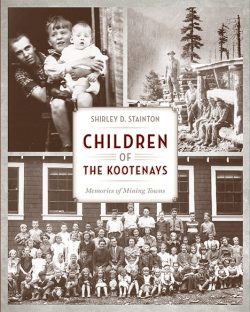 Several books have been written about the Kootenay mines and mining settlements, many of them now ghost towns, abandoned largely during the Great Depression.

Now Shirley Stainton’s Children of the Kootenays: Memories of Mining Towns, provides a new perspective — what it was like for a child to grow up in these isolated towns and mining camps. Even as a young child, Stainton knew the names of multiple mines: Surprise, Freddie Lee, Sovereign, Reco, Slocan Star, Eureka, Ruth Hope, and Viola Mac.

[Doubling as a social history, rich in research, Irene Howard’s Gold Dust on his Shirt: The True Story of an Immigrant Mining Family (Between the Lines 2008) is a rare precedent. Howard’s inspiring and heart-wrenching tribute to her Swedish and Norwegian-born parents outlines their working class lives in B.C. mining towns. – Ed.]

Shirley Stainton (née Hall) was an infant when her family resettled in the Kootenays in 1927, after a brief stab at farming in Saskatchewan. Her memoir is first and foremost an autobiography, an anecdotal account of the peripatetic life of the Hall family and other families that worked the mines in West Kootenay country during the 1920s and ‘30s. It is a lively account of close family and social life in this barely-tamed country, where daily life for child and adult alike was a challenge and adventure. When to travel 140 miles from the tiny settlement of Camborne to Nelson meant a full day’s journey, first by tug boat, then by sternwheeler, on by train and finally by car.

The Halls were a pioneer Kootenay family. Stainton’s grandfather, Thomas Hall, a native of New Brunswick, had worked his way across Canada with the CPR, through Rogers Pass, and was there when the last spike was driven in at Craigellachie. In a chapter entitled “My Pioneering Grandparents Who settled Slocan Valley,” she writes of how Thomas and his wife in 1898 settled near Slocan City, then a booming mining town, where Shirley’s father Lee was born and raised.

Lee had been taught to cook by his father, Thomas, who in turn, had been taught by his father who owned a ship that he sailed around the world every couple of years, taking young Thomas with him as a cabin boy. Lee took to cooking more readily than farming, and always managed to find employment as a cook in the mining camps and work camps, even in the darkest days of the Depression. He seems never to have missed a job opportunity. One summer, for instance, he cooked for tourists on the SS Kuskanook on Kootenay Lake. “God bless the mines and Dad’s profession as a cook!” Stainton writes. “We were never hungry at any time, and I never felt I went without.” 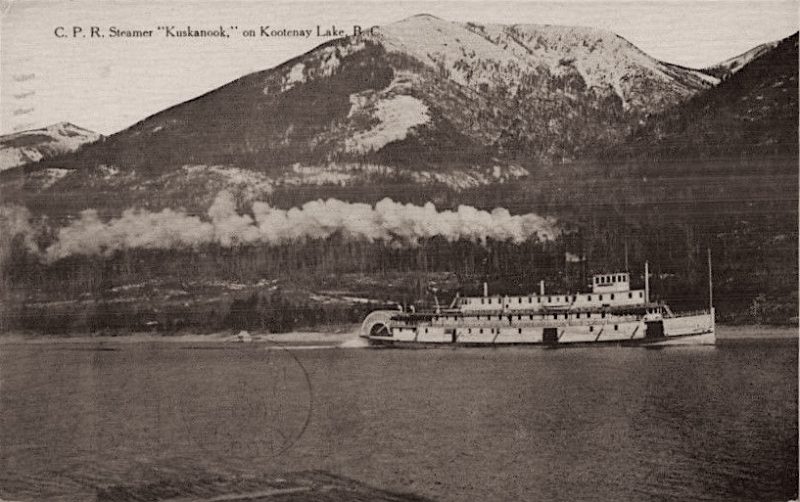 Family life was all-important to the Halls, which is what makes the book such a warm-hearted memoir. Shirley and her brother Ray were very close, even though Ray — four years older — often resented having to keep an eye on his young sister. She writes admiringly of her parents, “My parents were what the world would call ‘ordinary’ people. I would call them a good example of upstanding souls: law abiding, always doing their best, intelligent, and completely trusted by others.”

Stainton recalls, “Between 1927 and 1939, I knew little about where exactly ‘home’ was. Dad would go where the work was, and we would follow. Home seemed to be wherever we were, no matter the conditions.” And conditions in those cold, snowy Kootenay winters were a challenge. One building they lived in for a while was insulated with sawdust and empty whiskey bottles. Even that insulation was a luxury.

During the Depression they sometimes lived in tents while her father cooked for work crews in government relief camps. As the mines closed, her father would look for another job, and off again they would go — often in the middle of a school year, so once again a new school, or if no school nearby, her mother would bring in a teacher to home-school the children. But young Stainton revelled in the challenges. “Each mine closing gave me a chance to wonder about the new adventures that were on their way for me!” she writes. 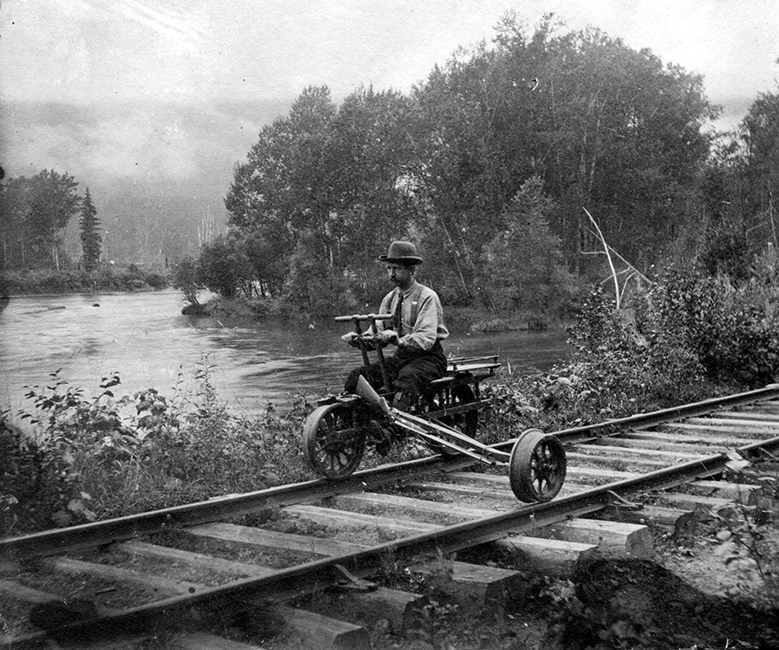 Other family members, aunts and uncles, were ranchers in the Slocan Lake area, and Shirley and her family sometimes stayed with them. She writes lovingly of her aunts, uncles and cousins, and especially her favourite Uncle Wat, who, when asked what he would like for supper, suggested grouse, went out with his shotgun and brought one home for the pot.

The book is arranged chronologically, the first quarter being a family saga, followed by chapters on individual communities where the Hall family lived: Sandon, Beaton, Camborne, Nakusp Sheep Creek, and finally Nelson. By the time Shirley and her parents moved to Nelson in 1943, the Second World War was raging, and her brother Ray was overseas with the Seaforth Highlanders in Italy.

In the final chapter Stainton describes teenage life in the early 1940s, full of exuberant high school activity, but also where “war became a daily part of life.” She writes movingly of the trauma she and her parents suffered when word came that Ray had been killed, fighting alongside a neighbour boy, on the same day and in the same battle. Ray had spent his last Christmas in the bloody battle for Ortona in Central Italy. [A photo of Ray and the author Shirley Hall has been featured on the home page of BCBookLook]

“I used to pray every night for Ray to come home, whole and well, but maybe ‘Please God!’ was not enough?” she writes. Her positive attitude toward adversity, so evident throughout the book, shows again when she writes about the loss of her brother: “Being involved with groups and activities that supported the war encouraged each other to remain positive and helped many of us endure the loss of someone close.” 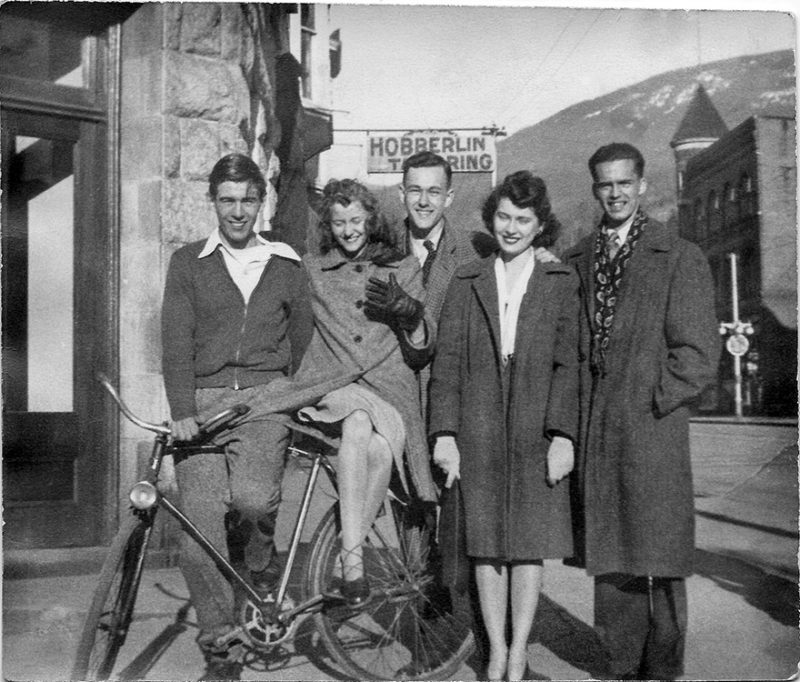 The book is more than family lore, social life and activities with friends and neighbours, it is interspersed with a history of the mines and mining techniques of the time. Detailed descriptions and townsite maps provide a wealth of information for anyone doing research of this isolated part of British Columbia. The many photographs, family photos as well as historical photos of the mines, miners and mining settlements, numbering some 140, help to bring the story to life. 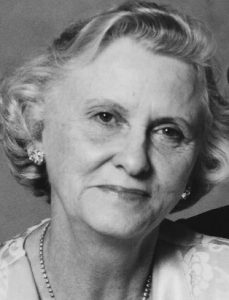 Appendices provide a family tree that helps to identify the myriad aunts, uncles, and cousins who appear throughout the book. Of interest to historians is an appended handwritten letter from Stainton’s father describing the history of the mines and mining camps where he had worked. A bibliography of books and articles, archives and organizations consulted is helpful. Regrettably, the book lacks an index, which is so valuable for research.

After the war, Shirley married returned serviceman, Fred Stainton, a Kootenay boy she had admired from afar as a young teen, and together they raised three children. They retired to Balfour on Kootenay Lake and after Fred died in 2004, Shirley continued to live in the house in Balfour that Fred had built for them.

Shirley Stainton died suddenly in January 2018 at the age of 91, only a few months before the publication of her book. Written with humour and enthusiasm, Children of the Kootenays: Memories of Mining Towns is a gift from the author to her “grandchildren, great-grandchildren and their children’s children,” as she intended. It is also a valuable contribution to B.C. social history. 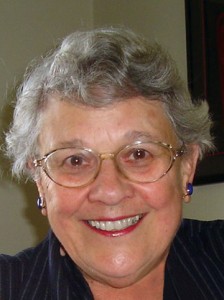 Sylvia Crooks (née Shorthouse) was born and raised in Nelson. She was a faculty member of the UBC School of Library, Archival and Information Studies for sixteen years where she taught library reference and outreach services. She is the author of two books: Homefront & Battlefront: Nelson BC in World War II (Granville Island, 2005), and Names on a Cenotaph: Kootenay Lake Men in World War I (Granville Island, 2014). She makes her home in Vancouver. 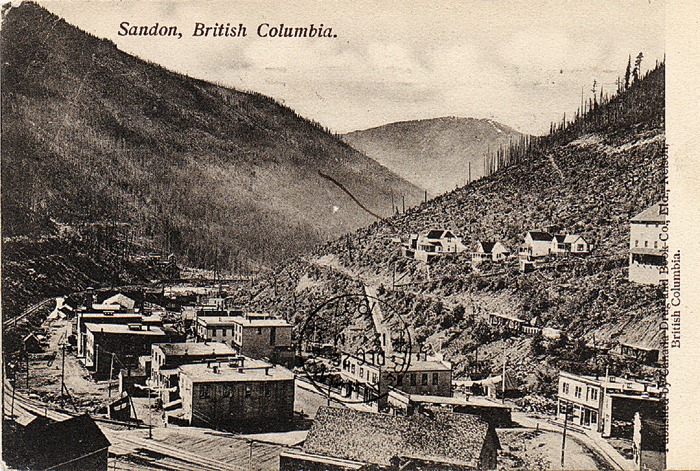 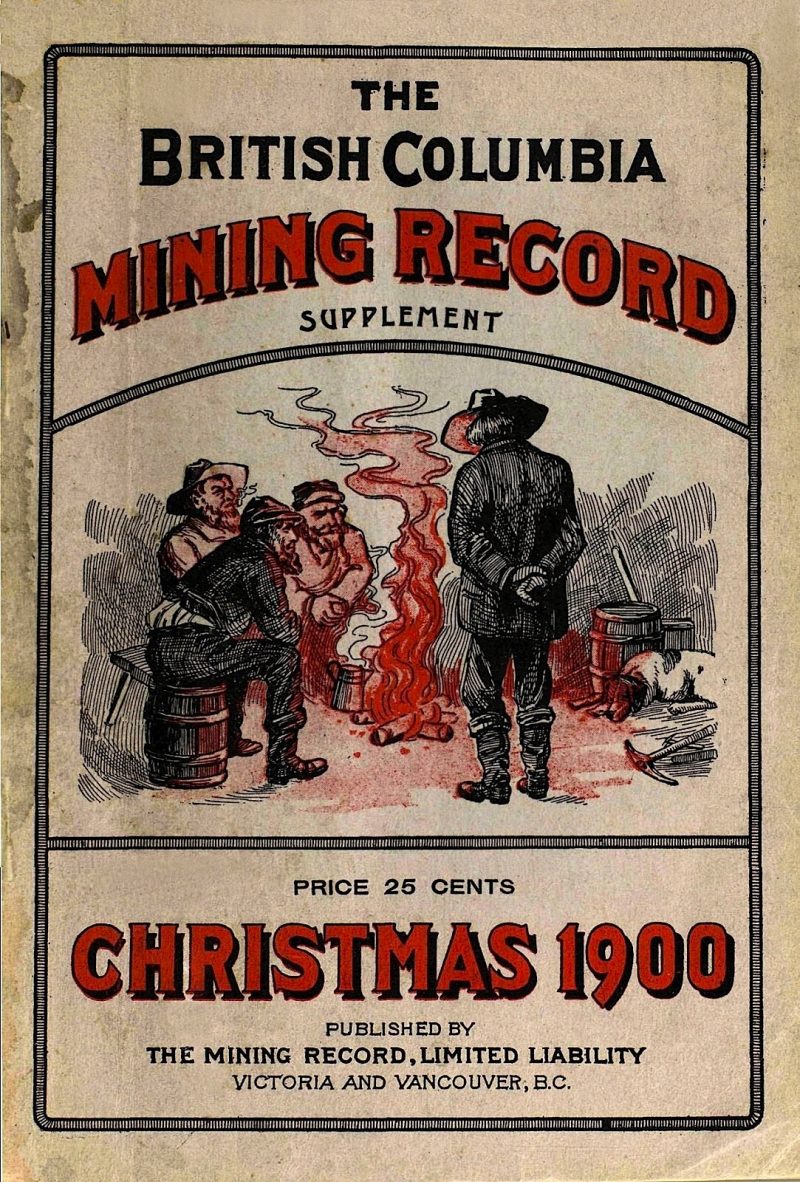 From the 1890s to the 1930s the West Kootenay country was a hot bed of mining — gold, silver, lead, zinc — large and small mines carved out of the majestic Selkirk, Purcell and Valhalla mountain ranges in southeastern British Columbia. Miners and their families settled in tiny communities, near Kootenay Lake, Slocan Lake, and the Arrow Lakes, often in steep, wilderness terrain.