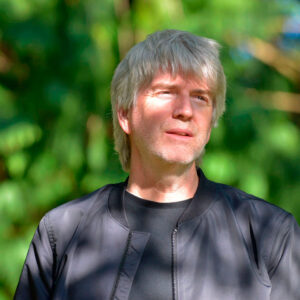 It began when artists Brady Marks and Mark Timmings (at right) started recording the sounds of a marsh on Saturna Island: ṮEḴTEḴSEN marsh, in unceded W̱SÁNEĆ territory. They turned these recordings into what they called a “24-hour Slow Radio Broadcast” and radio stations across North America and Europe have been airing it on Earth Day since 2017.

Then, a musical arrangement inspired by the recordings, titled Wetland Senario, was co-composed with Stephen Morris and performed by the vocal ensemble, musica intima. Also, a new media installation was created that algorithmically transforms sound frequencies from the marsh recordings into pure colour fields in flux. 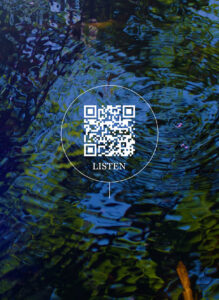 The algorithmic flow of colour fields throughout the publication are combined with photos of the project and an audio interface (QR codes throughout the book that can be accessed using smartphones and tablet devices) gives the book a colourful, music box-like quality.

By using the QR codes, readers can listen to the sounds of the marsh while reading the words of the book’s many contributors.

“The Wetland Project is a beautiful, quietly amazing work of micro-post-geographical art that allows us to be wherever we are and somewhere wonderfully natural and real, simultaneously,” says William Gibson. “It’s an experience I wish everyone could have, and I wish there were more experiences like it.”

For more information about the book launch, visit: https://www.griffinartprojects.ca/events/2mpoghhdn9kfvjvf3h7dqlbqeiidik 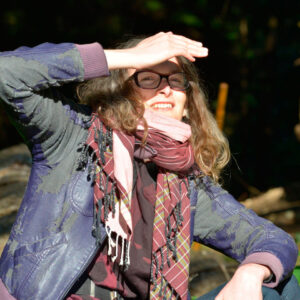 Mark Timmings is a multidisciplinary artist and acclaimed graphic designer. In 2015, an audio installation of Narvaez Bay, including Timmings’ monumental illuminated score and a recording of the Vancouver performance, was exhibited in Montreal at Pierre-François Ouellette art contemporain. He has received over 100 awards for his publication designs and has collaborated on artist book projects with Roy Arden, Christi Belcourt, Cedric Bomford, Shary Boyle, Hank Bull, Geoffrey Farmer, Robert Houle, Eleanor King and Etienne Zack. He lives and works on Saturna Island, British Columbia. 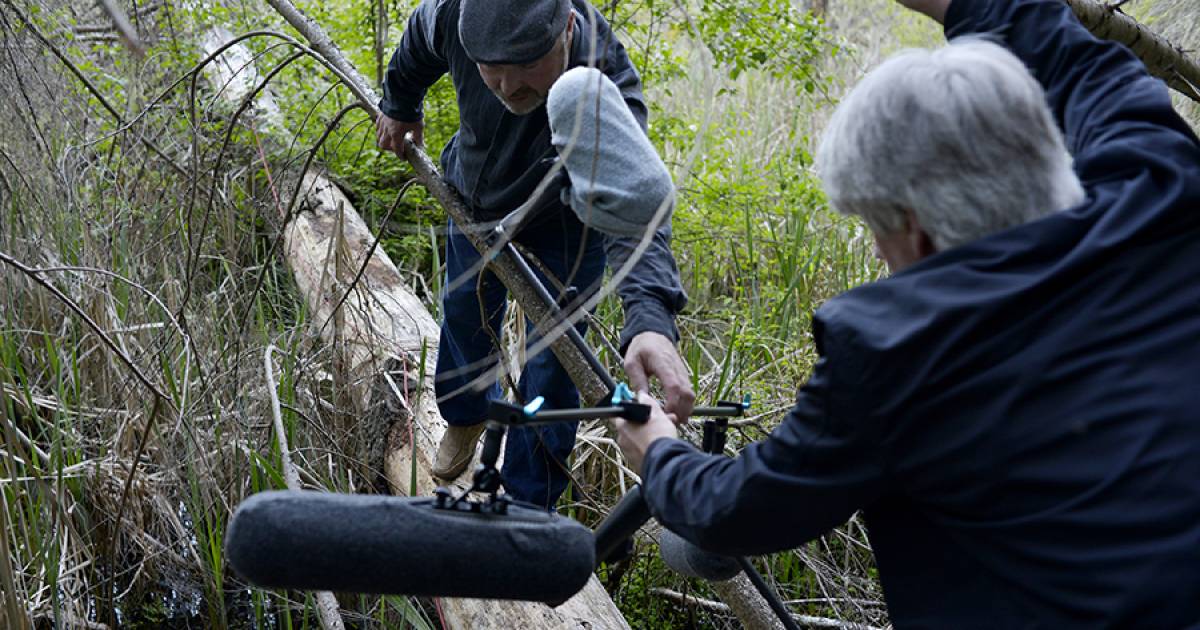 Mark Timmings (right) and Eric Lamontagne recording in the marsh.