The Truth Commission & Republic of Dirt 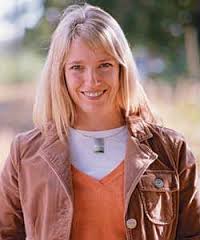 Susan Juby’s sixth novel for teenagers, The Truth Commission (RazorBill/Penguin Canada 2014), is a humourous story about Normandy Pale and her friends, Dusk and Neil, who are self-appointed members of an informal truth commission at the Green Pastures Academy of Art and Applied Design. Normandy’s burden is having a precocious older sister, Keira, who has gone off to attend North America’s most prestigious art and animation school, CAID, the California Institute of Art and Design. Juby reported she teared-up when she read the penultimate paragraph in a Kirkus review by Leila Roy: “For me, my love for this book goes beyond the fun and the funny and the adorable and the sad; beyond the excellence of the family story and the friendship story and the sweetness of the romance and the quiet strength of Norm’s relationship with Ms. Fowler. It goes beyond the myriad of ways in which Norm and her friends change the lives of those they touch; beyond the huge cast of entirely three-dimensional characters; beyond the ruminations about the nature of truth and about gossip, about our feelings of entitlement toward other peoples’ private truths, about how asking a question can be a kindness, but sometimes, so can keeping your mouth shut. For me, at its core, the Big Truth of The Truth Commission is this: you get a whole lot more out of life when you set the ironic detachment aside, and start treating other people—and the world in general—with honesty, empathy, sensitivity, and love.” 978-0-670-06759-6.

Now Susan Juby is releasing a second comic novel for adults, Republic of Dirt: Return to Woefield (HarperCollins 2015), as a follow-up to The Woefield Poultry Collective in which a nice girl from Brooklyn, Prudence Burns, inherits an untended plot of land named Woefield Farm. Her farm hands are Earl, an elderly, reclusive bluegrass legend; Seth, an agoraphobic heavy-metal blogger in early recovery from alcoholism; and Sara, an 11-year-old girl with a flock of elite show poultry.