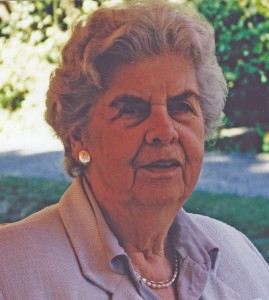 Anyone who has used a honey bucket, had to get a vehicle towed out of the ditch on a muddy gravel highway, or married the ‘wrong’ person, will love Stella T. Jenkins’ candid memoir, Wrong Highway. It is aptly subtitled The Misadventures of a Misplaced Society Girl and has all the makings of a tragicomedy film set in the forties and fifties.

In the restless post-war world of British Columbia and the Yukon, a record by Ted Daffan depicted the author’s life to her. In the song ‘Headin’ Down the Wrong Highway,’ one line reflects a life where the singer has ‘done too many things that I shouldn’t do.’ We are the richer for that journey.

Stella Jenkins started down that wrong highway by marrying George McCandless, the ‘right’ man from her own traditional social class in Victoria who ‘believed in all things British.’ At thirty-two she found herself divorced with four children after fifteen years of marriage. It was at a time and place where a scandalized divorcee with children went back to her own parents’ home to weep and remain dependent.

Not so for Stella. She found a clerical job to survive in Victoria and soon, a man. The world was full of veterans from the Second World War ‘adrift on the country’ and one was Bob Smith, a bush wanderer who early on in their relationship walked from Teslin Lake to the BC coast over the Trail of 98 to Telegraph Creek. He was not only six years younger, but several inches shorter than the author, with a build like a wrestler and fiery red hair. She was hooked on his honesty and energetic love of life, an abrupt change from her Victoria family where she ‘had to live inside a suit of armour.’

Stella sneaked out of the armour for a Thanksgiving weekend with Bob and they began their life together ‘up the railway line a little from Burns Lake’ where he was trapping. So began a peripatetic journey for the couple, with and sometimes without the children, through the backwoods and small communities of northern BC and the Yukon, recorded in thick letters and journals by both Stella and Bob, fortunately for us.

Bob ‘collected old men like nuggets,’ and Stella found work with many an odd personality. Stella’s warmth and empathetic approach to people (including her ex-husband) makes for fascinating descriptions of many characters we can relate to. Anyone who has lived with the same lack of riches will appreciate the challenges in their various homes sprinkled throughout the book from Smithers to Whitehorse and in Barriere, Clinton, and Kamloops, with many smaller settlements and bush locations in between.

Married without their families present, the couple sought adventure, hunting, and jobs driving up the Alaska Highway. They shipped the children off to their father and drove up the Alaska Highway with Bob’s brother, Tom. The brothers were complete opposites, even physically. While Bob would tease and play, and was a stickler for neatness, Tom was kind and thoughtful, generous, but lazy, sloppy, and unreliable. ‘One man lived by the labour of his hands and the other by the working of his mind,’ Stella says. They did not always get along but Stella says it was ‘the oddest love/hate relationship I had ever seen.’

Finances were ‘fairly low,’ but spirits ‘way up’ looking for work along the Highway. Stella was pregnant and camping in a pup tent was not always comfortable. For Stella as for many of us, the Alaska Highway ‘had a life of its own with news and good friends passing from settlement to settlement along its length. It did not need British Columbia or the Yukon or Alaska. It was its own thing and probably is still.’ She notes that ‘there was no such thing as a restaurant on the Alcan. You just got fed.’ For Alaska Highway buffs and anyone who has travelled that unforgettable route, the chapters about their trip and their stay in Fort Nelson working in the late 40s will be a highlight. Especially poignant is the vivid description of Muncho Lake, which Stella ‘was never to forget.’

By Christmas 1949, the couple was working and living in Whitehorse near Moccasin Flats. ‘There was fun everywhere,’ she says, and recalls fifty-below temperatures, dealing with a honey bucket, and entertaining themselves listening to records and the radio with humour and energy. Their ‘little sourdough,’ Mark, was born that winter, and he was a comfort for Stella in her depression over not being with her other children during that long winter.

In spite of the attractions in Whitehorse, Stella comments that they ‘were not the right material.’ She says her ‘men folk did not wallow in gold rush history; they liked to make history’ and they decided to leave, once they could make enough money.

Before there was a road, the narrrow-gauge White Pass and Yukon Route railway ran year-round from Whitehorse to Skagway, through dangerous coastal mountains. They both found jobs at a section called Log Cabin, at the summit. While Bob laboured fixing the track which was ‘like a live thing, always thinking up mischief,’ Stella was the cook for the half dozen men. Along with cooking, cleaning, and caring for toddler Mark, she was responsible for ordering, taking and giving messages, and several other duties that kept the railroad safely moving seven days a week. In their few spare hours, they hiked and fished in the wilderness at the Summit, with Bob carrying Mark in a backpack made from a cardboard egg carton. In such isolation, personality conflicts were not unknown, and Stella’s description of spats and revenge are colourful.

With enough money earned to buy a ‘carryall’ truck and trailer left over from the US Army, they were off down the Highway to several different communities in BC and facing family in Victoria the next spring.

The Wrong Highway is a case study of family and married life in the 40s and 50s, enhanced immensely by the author’s sense of place and her strong voice. But it is also a deep love story. Bob had ‘never cured me of watching him or loving him’ Stella says. ‘I was his lode star, his centre, but after reaching it, he would always veer off again.’ Some of the most powerful writing in the book describes his wandering soul leaving her for the last time with his early death in Williams Lake.

Stella Tryphena Jenkins (née Cuming) was born in Victoria in 1916 and died in July of 2012.

Her parents, Laurence Cuming and Nellie Cuming (née Watts), immigrated to Victoria from London, England in the decade before World War 1. Her mother established herself in business as a couturier and her father worked at BC Electric, the predecessor to BC Hydro. They had one other child, a younger daughter, Faith, born 1917

At age 17, Stella married George McCandless, also of Victoria, and the young couple moved to Oxford, England, for a year, where their first child, David was born in 1934. They returned in 1935 and soon had two more children, Henry (1935) and Joan (1937). George had always been a seaman, and at the outbreak of WW II he joined his two brothers as officers in the Executive Branch, Royal Canadian Navy. A fourth child, Robert, was born in 1942.

By 1945, the marriage was failing, which Stella always attributed to George’s wartime philandering. In that year, Stella met Robert E. Smith, a sailor who was six years younger and six inches shorter than Stella. In early 1946, the family move to Port Alberni where George had become a partner in a shipping firm. A prolonged separation did not lead to reconciliation and in 1948, Stella and her children moved to Victoria. In December of that year Stella and her children travelled to Smithers, where Bob Smith was working, and Stella found work with the government agent. In the summer of 1949, Bob and Stella married.

Joan and Robert were sent back to Port Alberni to live with their father while Bob and Stella drove via Edmonton to Whitehorse. Mark was born there in 1950. Later the family moved to Barriere, north of Kamloops where they were joined by Joan and Robert. After a year they moved to the Clinton where Bob built a log house which still exists.

Bob obtained work in Alaska, and rather than wait for his return, Stella moved back to Victoria. Later Bob joined them but after two years, he became restless again and returned to the Cariboo in early 1956. In September 1956, Stella was notified that Bob had shot himself in the stomach and was in serious condition. She flew to Williams Lake but he died a few days later of a massive infection.

In 1957 Stella bought back the Clinton house and moved there with Robert and Mark. Two years later she moved to Kamloops, then, in 1961, returned to Victoria and continued work with the BC government. In 1972 Stella married Allan Jenkins, a former navy officer but his health became poor and she was widowed again early in 1991.

Stella was a prodigious letter writer, corresponding with family in Canada and the UK. She also developed skill with water colours, and compiled a history of her parents’ families.

In 2007, she self-published a monograph on spiritualism, which was always her main interest, with Trafford Publishing. In her late 80s she completed the manuscript for her memoir, Wrong Highway, about her life with Bob, which was published by Hancock House in 2012.

Stella Jenkins died at age 96, pre-deceased by her daughter, Joan Stevenson, in 2008.