The legacy of violence 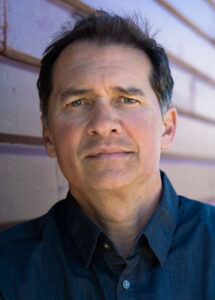 Award-winning author, John Vigna’s second novel No Man’s Land (Arsenal $22.95) is set in the late 1890’s in B.C.’s wilderness. Fourteen-year-old Davey is being raised by a group of eccentric, hostile misfits who rescued her from a bloody battlefield. Together they roam the countryside led by Reverend Brown, a charismatic false prophet. From the publisher’s notes: “No Man’s Land is an unflinching meditation on the legacy of violence, its senseless destructiveness, and the fearless dignity and tenderness required to rise above it.” Vigna is an assistant professor in UBC’s School of Creative Writing. His first novel, Bull Head (Arsenal, 2012) was later published in 2017 in France by Éditions Albin Michel. 978-1-55152-866-3