The girl who howled 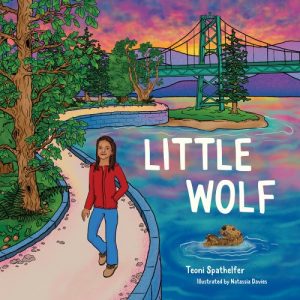 It’s not easy adjusting to the “concrete jungle.” Little Wolf had previously lived close to nature and was used to seeing animals wherever she went. In her new home, she particularly misses fishing with her grandfather and watching for dolphins leaping beside the boat.

At school, Little Wolf has trouble fitting in. Although her class has kids from many different cultures, no one is Heiltsuk like her. The other kids call her names and make her feel unwelcome. Little Wolf’s only defense is to howl like a wolf, which scares her classmates and makes them run away.

Gradually, Little Wolf discovers that there is wildlife in the big city too. An otter swam beside her one day as she walked on the seawall. She enjoys hearing the chickadees chirp in the big park near her house. And her mother helps her stay connected to their culture by signing them up for beading and dance classes. 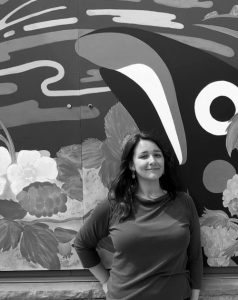 Teoni Spathelfer is a hereditary member of the Heiltsuk Nation. Since childhood she has loved immersing herself in her own culture and learning about other cultures around the world. Spathelfer has worked as a publicist, radio journalist, host and producer; and an arts and music writer. Her documentary Teoni’s Dream, informed by her mother’s residential school experience, was aired nationwide on CBC Radio. She divides her time between Ontario and B.C.

Natassia Davies is a Victoria-based artist and graphic designer, and is of Coast Salish ancestry from WSANEC territory. She has collaborated on multiple large-scale Indigenous murals that can be found throughout Sooke and Victoria’s harbour.