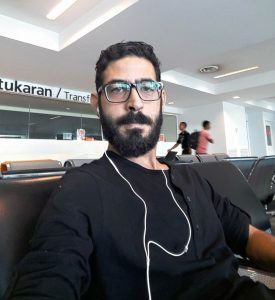 Hassan Al Kontar was a young Syrian working in the UAE in 2011 when civil war broke out in his home country. As a conscientious objector, he refused to return for compulsory military service. Without a valid passport, he lived homeless for years. Then, Al Kontar tried to re-establish himself in Malaysia where he believed he could get legal status. Instead, after flying to Malaysia, he was unable to enter the country or obtain a visa for any other country. Trapped in the arrival zone at Kuala Lumpur International Airport for over six months, Al Kontar turned to social media to tell his story to the world. His courageous messages, told with humour, made him an international celebrity. Eventually, Al Kontar was offered refuge in Canada in 2018, settling in Vancouver via Whistler. His memoir Man at the Airport: How Social Media Saved My Life — One Syrian’s Story (Tidewater Press $23.95), due in June, tells of his harrowing journey. 978-1-7770101-8-8