Having lived and worked all his life around ancient trees, Terry Nelson now advocates for the conservation of these vanishing old-growth forests. 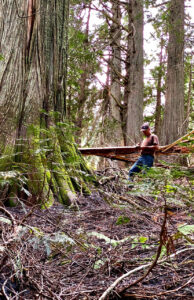 Terry Nelson is a committee member of UBC's BC BigTree Website that identifies the largest trees of each species within the province.

Nelson features rare old trees in his new book, many of which are an easy walk from a forest service road, within easy reach of skidder and cable, yet have no permanent protection whatsoever.

Equal parts guidebook, inspirational coffee table art, and call to arms, Terry Nelson’s Big Trees of the Inland Temperate Rainforests of British Columbia (Self-published, 2022) is a must for BC book collectors and nature lovers.

Five years in the making, Nelson’s collection of photographs and stories shares a collective wonder and awe surrounding the last of interior BC’s giants, many of which were already towering elders long before Europeans ever stepped foot in this part of the world. With impeccable timing, the book also taps into collective demands to protect the few remaining intact islands of old growth forests, as government promises and public demands circle each other like wary combatants over the fate of the last of our giants. 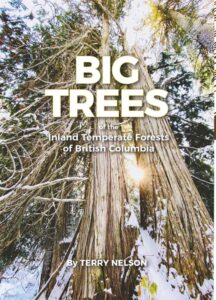 For the Fernie-based author, this book is a natural culmination of a lifelong interest. “Somewhat unknowingly, I think I have always been interested in big trees,” says Nelson. “Even as a child growing up on Vancouver Island, many family trips were orientated around old growth forests, so it kind of sinks in. Biking, skiing, or hiking around Fernie, one always seems to end up in some proximity of some ancient forest remnants, so this also has fueled my passions for these forest elders.”

While this book does offer directions to find many of the featured giants, it is less of a true guidebook than Randy Stoltman’s iconic 1991 Hiking Guide to the Big Trees of Southwestern British Columbia, published by the Western Canada Wilderness Committee. Photos of the minutiae of old forests help fill the pages. Lichen, moss, bark and foliage details, and forest invertebrates all add character and depth to the highlighted ecosystems. Images of glacial blue rivers bisecting verdant forests under towering mountains help the reader appreciate the scale and beauty of interior BC and reveal Nelson’s passion for forest ecosystems as a whole beyond just focusing on individual trees. Readers will get a taste of everything from Elkford to the Nicola Ranch, from Valemount to the Granby River Valley. 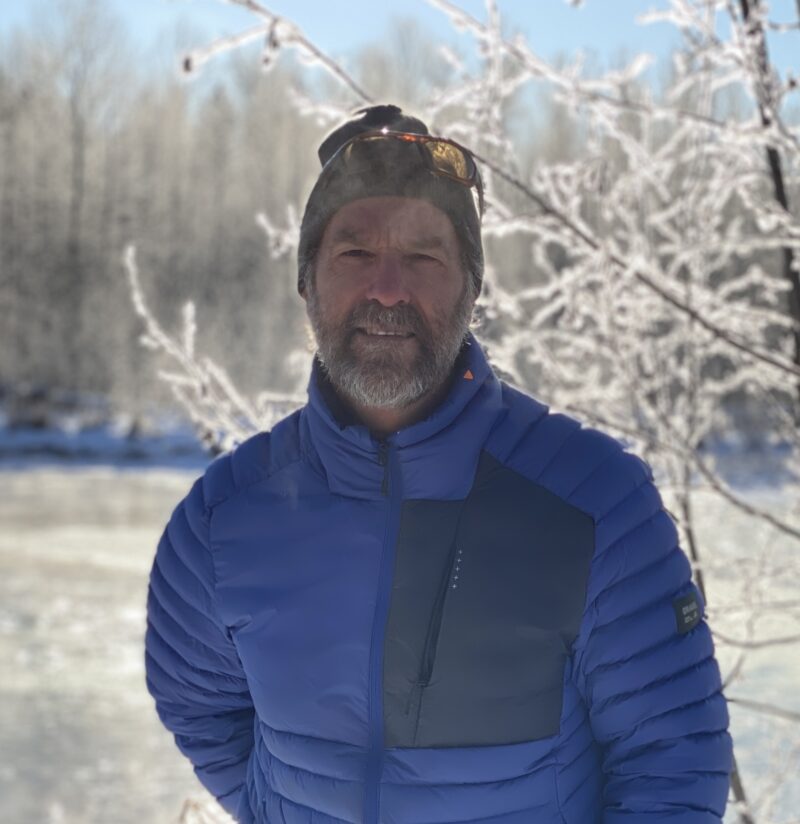 Interior BC residents are accustomed to ‘heritage stumps,’ uncountable acres of giant, springboard-notched echoes of the forest that once stood before European settlers arrived to find a seemingly limitless source of railway ties for the continental railway projects of the late 19th and early 20th century. The regenerating forests of these early clearcuts are currently being cut for the second time, as foresters harvest trees a fraction of the size of the original stand, emphasizing the reality that old-growth forest is not a renewable resource if we do not allow it to ever return. Many of our forests may require many centuries to begin to take on the open, structurally and biologically diverse, healthy qualities that define old growth forests. Nelson’s collected anecdotes and imagery capture and celebrate the profound connection most people feel in these increasingly rare primeval forests, and help readers understand the acute need to preserve what little remains. 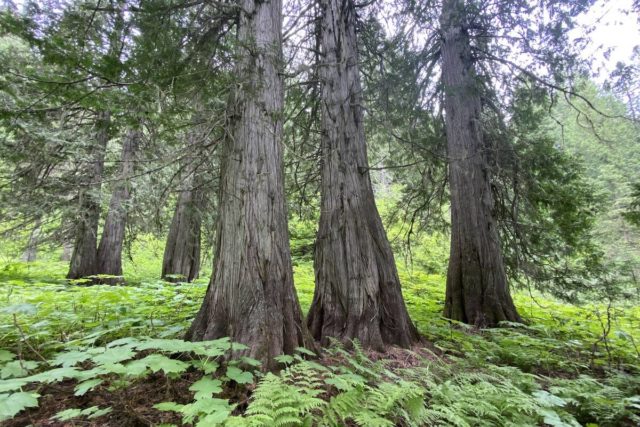 Nelson is an advocate for science and identification with systems like BC’s Big Tree Registry as tools for protecting these increasingly rare ecosystems. Readers will be intrigued by remnant patches known as The 100 Acre Wood near Rossland, or Big Tree Alley in the Shuswap, and get to know individual trees, including: Castlegar’s provincial record Ponderosa Pine, Lieutenant Dan; The Mammoth, a Western red cedar near Fernie; and a truly ancient alpine larch known as Grand Daddy Subby in the mountains above Argenta.

“Hopefully readers will gain a deeper appreciation and understanding of the importance of old growth forests and the role they have in supporting earth’s life systems. If readers take on a role of Big Tree Seeking themselves, and share their nominations with their local Big Tree Registry, then this can only further the cause of identification leading to protection,” says Nelson. 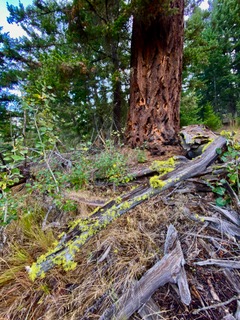 The base of an old fir tree near Princeton.

Many of these vanishing forests and rare, old, large individual trees in this gorgeous book are an easy walk from a forest service road, within easy reach of skidder and cable, yet have absolutely no permanent protection whatsoever. Nelson’s work is at once a celebration of these irreplaceable BC interior wonders and a nudge to readers to get out and experience the forests highlighted in this book. More importantly it is a call for BC residents to discover and document other remnant giant trees and the primeval forests that nourish them, and become strong advocates for the preservation of the last of the BC interior giants and the ecosystems that both rely on and support them.

For more information on Big Trees of the Inland Temperate Rainforests of British Columbia contact the author, Terry Nelson at: tfernienelson@icloud.com 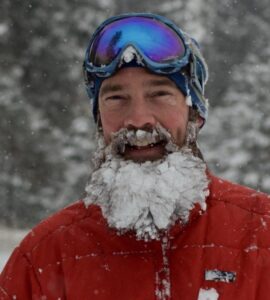 Dave Quinn is a freelance writer, wildlife biologist, wilderness guide and outdoor educator based in Ktunaxa Amak?is territory, Kimberley, BC. His writing explores the connections between humans and the land, the inherent values of the other species we share the land with, and the ecosystems that support us all.