Ten ships that made waves 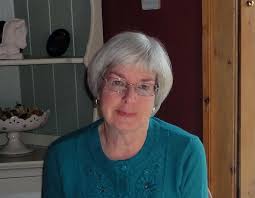 Former teacher-librarian Gillian Richardson of Shuswap Lake, near Sorrento, B.C., won the 2010 Science Writing Award from the American Institute of Physics for her book Kaboom! Explosions of All Kinds. Her Ten Ships That Rocked the World (Annick 2015) is a fascinating introduction for young readers to ancient treasure ships from China, Vasco da Gama’s Sao Gabriel, convicts from England to Australia such as the Lady Penrhyn, the USS Susquehanna that sailed to Japan in the 1800s, the Civil War submersible H.L. Hunley, the Komagata Maru that brought unwanted Sikhs as would-be immigrants to British Columbia, the Exodus 1947 that played a key role in the creation of Israel, the Granma hired by Fidel Castro that led to his overthrow of the dictator Batista in Cuba (even though the voyage of the Granma resulted in a botched landing), the Rainbow Warrior that was essential for the creation of Greenpeace and the oil tanker Sirius Star that was hijacked off the east coast of Africa.