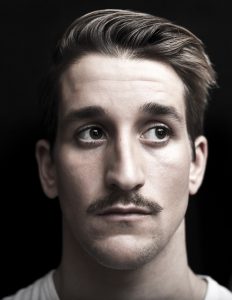 Photographer Marcus Paladino struggles to explain in words why he specializes in taking pictures of surfers on Vancouver Island’s west coast. “There are constantly unique images, angles or moments that burn away in my mind and the only way to be rid of them is to try to bring them to life,” he says in Cold Comfort: Surf Photography from Canada’s West Coast (RMB $45), due out in May. This inspiration drives his work, which has also appeared in publications around the world, making him one of Canada’s most desired water photographers. Paladino’s writing appears in his new book but it’s his images that take center stage.

Paladino grew up on Vancouver Island, where he went on to receive a diploma in photography in 2010. Shortly after, he moved to Tofino for a summer and hasn’t looked back. Marcus’s work has been featured in various publications around the world, including SURFER, Surfing Magazine, The Surfer’s Journal, Explore magazine, Tracks, and Carve. 9781771603997