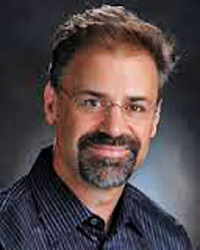 The son of German post-war immigrants who were children during World War II, Roger Frie, a non-Jew, was awarded the 2017 Canadian Jewish Literary Award in the category of history for his engaging memoir Not in My Family: German Memory and Responsibility After the Holocaust (Oxford University Press 2017). Keen to examine his family’s largely unspoken history, having learned his grandparents were active participants in World War II, Frie has explored the moral and psychological implications of the Holocaust having uncovered his familial links to the Nazi regime. According to Erna Paris, “Roger Frie’s riveting exploration of intergenerational war memory and submerged guilt will be read as an instant classic.” A psychologist and philosopher who was educated in London and Cambridge, Frie is a professor of Education at SFU and Affiliate Professor of Psychiatry at UBC. He is also Faculty and Supervisor at the William Alanson White Institute of Psychiatry, Psychoanalysis and Psychology in New York.