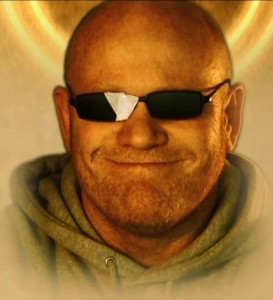 Unlike most folks, we get to see the majority of books published in B.C. each year. We even get to read ’em.

So if there is anyone is a position to objectively bellyache about worthy titles not being nominated for prizes–and, really folks, nobody should ever do that cuz saying one book is better than any other is an absurdly arrogant, subjective process–well, we are. We, the royal we, get to see the good, the bad, the ugly, the over-hyped, the under-hyped and just about everything in-between.

Andrew Struthers‘s bizarro, personal travelogue of confessions and humourous riffs, Around the World on Minimum Wage has not been nominated for anything. And we’re not surprised or appalled. We wrote in the inaugural review of it, “For anyone on non-fiction prize juries in Ontario, it might as well be sanskrit.”

But its exclusion from the lists of B.C. Book Prizes nominations is, well, disheartening nonetheless. Struthers can take some comfort from knowing that Douglas Coupland, W.P. Kinsella and William Gibson have never won a B.C. Book Prize either.

According to a review in BC Studies: “Reading this book was like being force-fed kilos of Schwartzwaelder Kirschtorte…[Black Forest cake] I was hooked on his manic stream of the sublime, the sublimely ridiculous and much that lies strewn somewhere between the two — especially the delightful graphics — that eludes classification.”

A reviewer for subTerrain wrote: “Imagine T.E. Lawrence’s seven pillars of wisdom performed as a Bob and Doug McKenzie sketch, and you’re halfway there.”

Ye gods, even the National Post reviewer was entranced.

Not to worry. Anyone who achingly expects justice in the world of literature is a dimwit. Who you know matters. And Andrew Struthers, by all accounts, is a somewhat complex character who has perched himself on the east side of Vancouver Island. That’s where our columnist Anne Cameron lives–as far west as possible before you become east.

Hermit crab-like? Well, who can blame someone from fleeing from Vancouver? First, they make the Fifth Avenue Cinemas adults-only, so that smart teenagers are no longer allowed access to art films (because selling booze is more important to Cineplex Odeon brass in Toronto than unrestricted theatre access).

Now teardowns are selling for $3 million and about 5% of Vancouver housing is vacant. But don’t fret, folks, we’re getting a new, Visionary “greenway”in Kerrisdale.

Burrard Bridge will have restricted access to vehicles for 18 months, but don’t worry, folks, it’ll remain open for bicyclists.

We look forward to Andrew Struthers’s next book, The Sacred Herb / The Devil’s Weed

We are told, “Each chapter starts with an anecdote from the author’s decades of independent research into the effects of marijuana, then shares stories he has gathered from friends and strangers online, before concluding with an evidence–based look at the rhetoric, science, and laws surrounding pot. With Canada poised to join several U.S. states in finally re–legalizing marijuana, The Sacred Herb / The Devil’s Weed is your liferaft in the coming sativa tsunami.”

I guess that’s the latest dope on literature from the West Coast.