At the age of 40, a woman decides to conceive a child on her own. 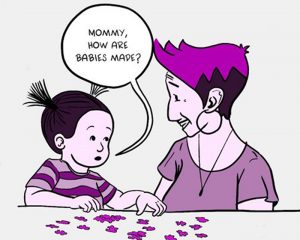 Using illustrations allowed Myriam Steinberg to show what has no words to properly tell.

In a new graphic novel, Myriam Steinberg shares her tumultuous and at times heart-breaking journey through several miscarriages to at last giving birth to twins. 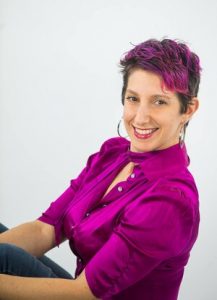 As she neared middle age, Myriam Steinberg found herself unpartnered and childless. She wanted to start a family and decided to go ahead and conceive a child on her own.

She had the support of her family and friends and a willing sperm donor. That was the easy stuff. Her journey thereafter proved to be difficult and devastating. She experienced the highs and lows of becoming pregnant and then losing her babies. And she had to deal with the silences, loneliness, and taboos that come with experiences of fetal loss.

Steinberg carried on and, in the process began to share her experiences. In return, friends and strangers alike started sharing their own fertility stories with her. Although the lack of understanding and language around fetal loss and grief often made it very hard to navigate everyday life, she nonetheless found solace in the community around her who rallied to support her.

Steinberg was inspired to write a graphic novel about her experiences, Catalogue Baby (Page Two Books, $29.95) illustrated by Christache, to be launched on March 2.

The book delves not only into miscarriage and the grief surrounding it, but also all the other emotions that go along with trying to have a baby on one’s own — the joys, the hopes, the weirdness, the insanity, the despair, the anger and the hilarity.  It also talks a lot about how to support someone going through such an intense and sometimes devastating experience. 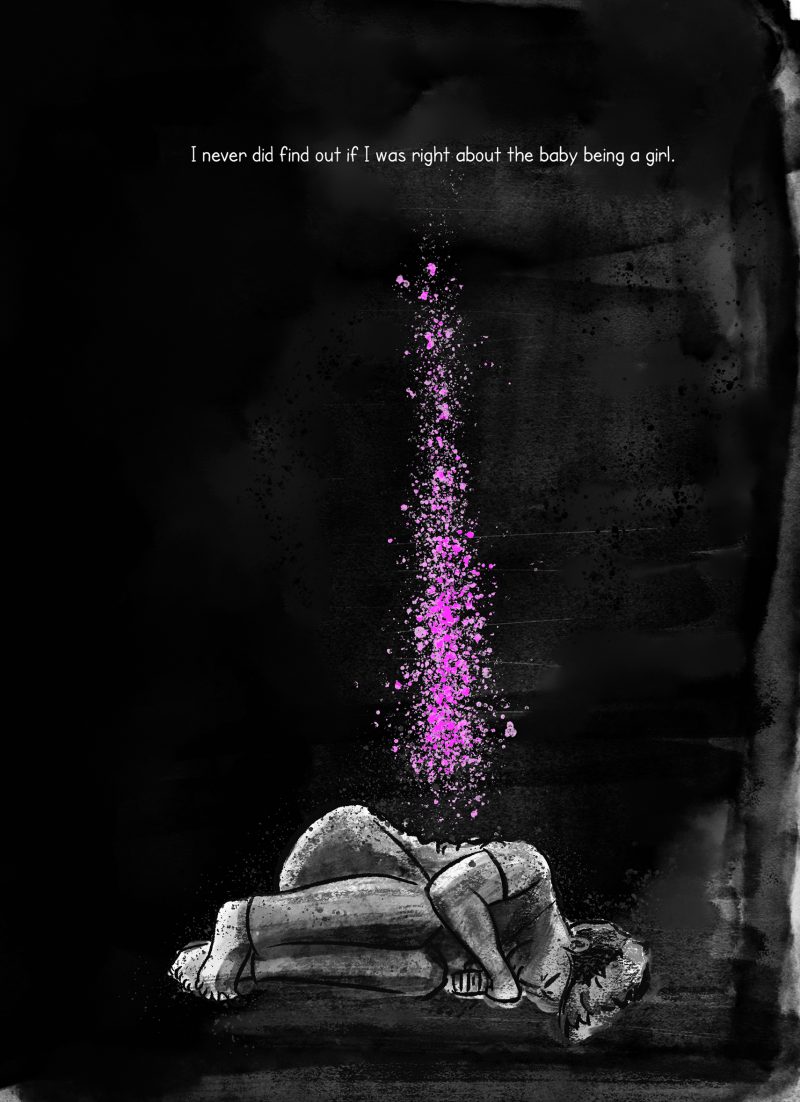 “I started my journey to motherhood as a single mother by choice,” she says. “What I thought would be an easy journey turned out to be quite the opposite. It took me seven iui, three ivf cycles, and two double donor cycles to finally have my rainbow babies (boy/girl twins!).

“With three miscarriages, one fetus with genetic anomaly, and lots of failed attempts, the twins were my fifth pregnancy.

“I really hope this book will help other people and their support networks as they go through such experiences.”

Miscarriage and the challenges that can present themselves in the context of fertility are very hard to capture. The emotions, circumstances, and events around a fertility journey can be almost impossible to explain with mere words. “Doing it as a graphic novel has truly allowed me to dig deep and show what has no words to properly tell,” says Steinberg. “The graphic novel format has also allowed me to talk about all the procedures, the doctor visits, the how-to’s, and all the medical stuff that happens without being dry and complicated.” 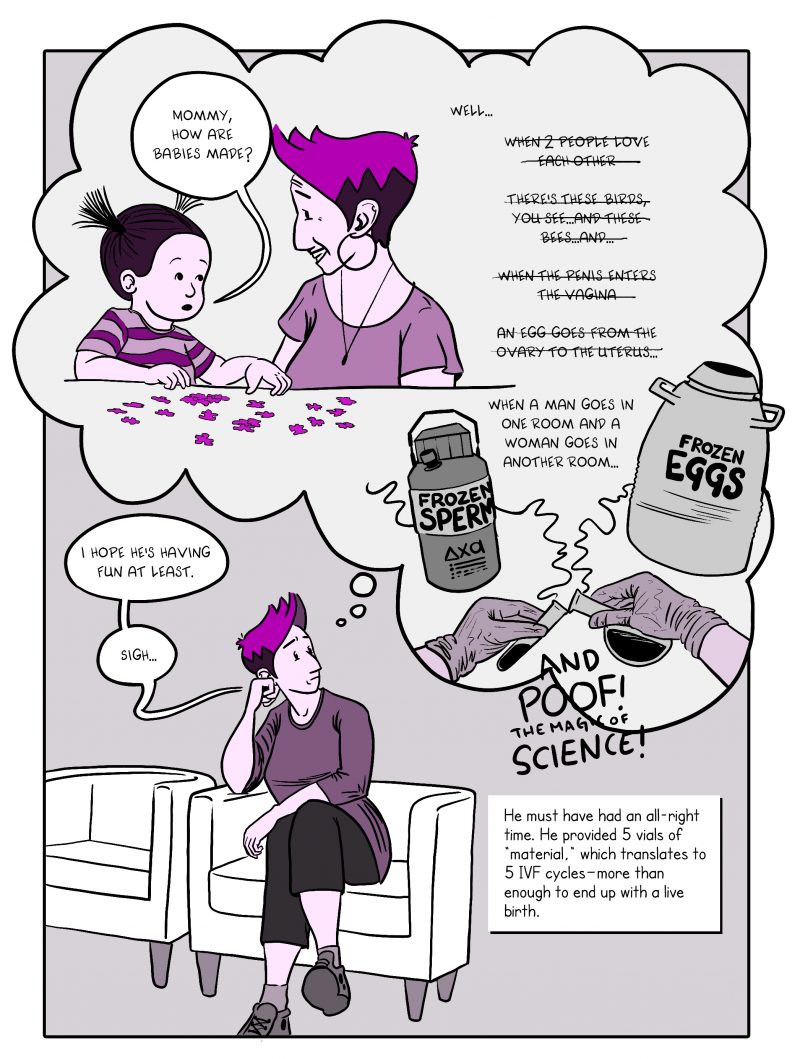