Shakespeare and the Shaken Fist 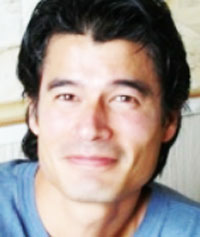 Shakespeare’s Big Men: Tragedy and the Problem of Resentment (University of Toronto Press $60) examines five of the Bard’s most famous tragedies through generative anthropology. This discipline, founded by Eric Gans, addresses the social function of tragedy as deflection of resentment against men of power. Using Gans’ theories, van Oort explores the connection between Shakespeare’s plays and the ethical dilemma of resentment. Richard van Oort taught for five years at the University of British Columbia before coming to the University of Victoria in 2007 to teach courses on Shakespeare and Renaissance drama. “I’m particularly interested in the question of why humans need such things as literature, art, and religion,” he writes, “and have found the anthropologies of Emile Durkheim, Rene Girard, Eric Gans, and Ernest Gellner illuminating in this regard.” 978-1-4426-5007-7.