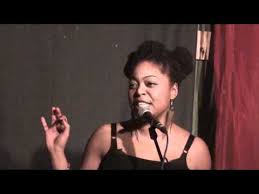 Another great edition of Canada’s senior literary festival has wound up and as usual the last day was saturated with grateful performers and attendees all marvelling at the experience and thanking the organizers over and over for creating such an uplifting experience.

The Sechelt-based Festival of the Written Arts (FOWA) is famous across the land for being one of the most pleasant of Canada’s lit fests–not only because it’s the oldest—but because everybody who attends comes away with a noticeable glow, feeling better not just about state of Canadian letters but humanity.

When head honcho Jane Davidson said during her closing remarks the fair represented “my kind of Canada,” every member of the audience showed they knew exactly what she meant with a burst of applause.

What makes the Sechelt fest so successful is that it is all held in a small town where the group doesn’t have much choice but to stay together and listen to all the acts and also get to know each other. This is not unique to FOWA—it is a quality of many of the festivals that take place outside big cities—from Eden Mills to Denman Island.

The city festivals deliver the great international names, but the rural ones generally provide more deeply moving personal experiences. That said, there were a few criticisms of the 2014 FOWA by long-time fairgoers—the tables along the main concourse where the main mixing between attendees and performers normally occurs had been removed, undercutting the social mixing for which the event is renowned. Writers were harder to find between acts, possibly because many were stabled away from the fairgrounds at Davis Bay and were hiding out in the recently established green room when on site. Something for next year’s planners to think about.

There is always talk at the close of the FOWA about who was the surprise hit and who the biggest disappointment. Generally this follows a pattern—the biggest names are usually in the latter category and the lesser known ones in the former. This not just because the tyros try harder—they have usually been picked by wily organizers because they compare notes with their colleagues around the festival circuit and they are known for putting on a good show.

This year Angie Abdou got good reviews for stepping up as a last minute addition and surprised everyone with her well-prepared performance featuring readings from her novel Canterbury Trail. Grant Lawrence entertained with readings from his two recent books The Lonely End of the Rink and Adventures in Solitude, interspersed with lullabies by spouse Jill Barber but possibly the unsung award should go to Bob Bossin, who not only played guitar, sang, told wild stories about his gangster father, but reprised acts from the stage show based on his Stephen Leacock Medal-contending book, Davy the Punk. But perhaps the show that most exceeded expectations was the last performance by Vancouver slam poets Jillian Christmas, Zach Jackson and Brendan McLeod. The final spot is normally reserved for mellow musical acts and there was grumbling among the grey heads that Ms. Davidson had booked this newfangled faux poetry thing, but the energy of professionalism of the performance won the crowd completely.

Jillian Christmas lives and breathes slam poetry. As well as being champion in several major slam poetry events, she is also an active behind-the-scenes organizer of many spoken word events. She is the co-director of Vancouver’s Verses Festival of Words and the founder of Toronto’s Peace Pipe Poetry Sessions on Bloor. Working with a variety of collaborators, she tours the west coast with her experimental fusion of poetry and music. Jillian loves to facilitate opportunities for both young people and adults to express themselves. Zaccheus Jackson is a full blood member of the Blackfoot Nation and a full-time performing artist. He comes from a deep oral history and has brought his people’s storytelling tradition to a diverse, multi-ethnic, multi-generational audience invoking hip hop-like rhythms and warp speed delivery. He is a vocal advocate for First Nations rights and a facilitator of workshops and events for at-risk youth. He has performed all over North America and is considered one of Canada’s very best spoken word artists.

Brendan McLeod has been a repeat winner or runner-up in Vancouver, Canadian and World slam poetry championships. He won the 2006 International 3-Day Novel Contest for The Convictions of Leonard McKinlay, and he was the Poet of Honour at the 2012 Canadian Festival of Spoken Word. He is the author of The Big Oops, a one-woman play, and The Fruit Machine, a monologue on Canadian history. Brendan McLeod also fronts The Fugitives, a Canadian Folk Music Award-nominated music group.

Look for more slam poetry in years to come. In fact one of the good grey poets was overheard saying to his equally grey colleague on the way out, “By gum, Artemus, I think we’re going to have to get into this wham poetry stuff!”

If you missed Sechelt, don’t despair—there is a lit fest going on somewhere in BC almost every month of the year.

The Pacific Festival of the Book (Victoria) Nov. 11-14

[Hugh Henderson contributes to BCBookLook as a roving reporter, on a regular basis.]