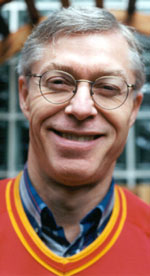 Born in Halifax in 1946, Sean Rossiter came to B.C. in 1972. He was a freelance expert on Vancouver civic affairs for many years, writing much-read City Hall columns for Vancouver magazine, while also teaching journalism.

An intrepid and lifelong aviation enthusiast, Rossiter contributed essays on the history of aviation for Legends of the Air, drawn from 22 aircraft types housed in Seattle’s Museum of Flight. After his first book pertaining to airplanes appeared in 1994, he profiled test pilots pertaining to Canada for The Chosen Ones and contributed studies of the Otter and Twin-Otter airplanes.

With a similar passion for hockey, a game he continued to play beyond his youth, Rossiter wrote many books about hockey [see below], some with Paul Carson. He also assisted CBC weatherman Phil Reimer with the text for Phil Reimer’s B.C. Weather Book. His excellent pictorial history of the Hotel Georgia in 1998 arose from his abiding interest in Vancouver architecture.

He died on January 5, 2015. “Sean was one of the most professional writers I have had the good fortune to work with over the years,” says Greystone publisher Rob Sanders, “and the series of Hockey The NHL Way skill books Sean wrote set the bar where it still stands to this day. Sean was also a skilled goalie (I never did get a puck by him the day I tried); but most importantly, he was an exceptional guy. All of us at Greystone send our sympathy to his partner Terri and to all of his family and friends.”

His longtime friend Alex Waterhouse-Hayward has provided an excellent tribute at:

Review of the author’s work by BC Studies:
The Hotel Georgia: A Vancouver Tradition